“Our deepest sympathies go out to Alex’s family, friends and loved ones,” Morrison said in a statement.

Harvill was attempting to jump more than the length of a football field on his motorcycle during a performance at the Moses Lake Air Show when he crashed. Video of the 351-foot jump attempt appears to show Harvill landing short, slamming into the side of a large dirt mound. 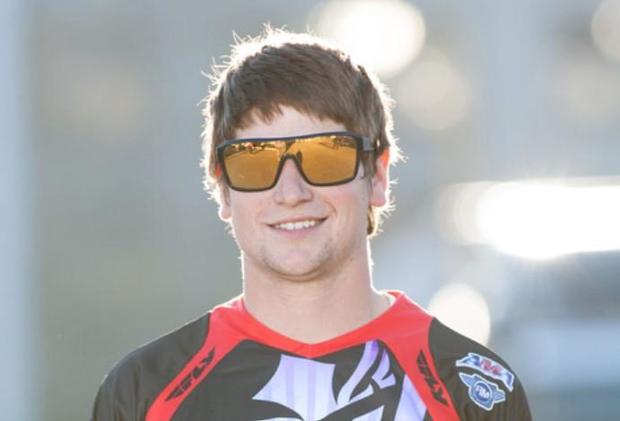 He was taken to the hospital for his injuries, but later died, officials said.

“I’m a nurse, so that to me was traumatic,” witness Becca Camden told CBS affiliate KREM-TV. “Watching that, with his helmet coming off…”

The organizer of the airshow told KREM that they had medical personnel prepared for Harvill, as they knew this stunt was risky. According to video KREM shot, it was about 2 minutes and 30 seconds before an EMT reached the stuntman after the crash.

An autopsy will be conducted Friday to confirm the exact cause and manner of death, which is standard procedure, officials said.

Harvill leaves behind his wife Jessica and two young sons Willis and Watson. His family told KREM that loved ones set up both a GoFundMe page