With the impending arrival of Hurricane Maria, the situation does not look like it will be improving soon.
Listen now to WTOP News WTOP.com | Alexa | Google Home | WTOP App | 103.5 FM

WASHINGTON — More information about the disastrous conditions on the U.S. Virgin Island of St. John is coming to light as people are evacuated and taken to Puerto Rico, where communications still work.

“It’s a pretty desperate situation right now,” said Julianne Drake, who owns a home with her husband on St. John. The island is still without power and water, days after Hurricane Irma battered the region.

And with the impending arrival of Hurricane Maria, the situation does not look like it will be improving soon. “There are a lot, many people unaccounted for,” Drake said. The couple was evacuated to San Juan, Puerto Rico, and is now in Pennsylvania, worrying about those left behind.

“Probably 50 percent of the homes are gone,” she added. “Most of the businesses are gone [so people can’t work].”

There’s concern about the island’s once-abundant livestock and wildlife now having the potential of creating a health hazard.

“All the animals are decaying and rotting, and so now, there’s a lot of fear of disease,” Drake said. “There’s a lot of devastation, a lot of homeless people right now, that we’ve got to get help to.”

The islands are also getting help from a private effort called the Virgin Islands Relief Fund, which was organized by St. John residents Ben Steed, a charter boat captain, and three other friends who were stateside on vacation together when Irma hit.

As of Sept. 13, the group had collected 28,304 pounds of donated supplies to help residents of the U.S. and British Virgin Islands. It may be a challenge, however, getting those supplies immediately to people who need them because of Hurricane Maria.

They are also collecting money for rebuilding efforts.

The aim is “to spread hope to those people who don’t have anything,” Steed said.

Last week, the Department of Defense said in a news release that there were around 10,000 DOD personnel in Puerto Rico and the U.S. Virgin Islands. At the time, the Army Corps of Engineers was working to assess conditions at St. Thomas’ main medical facility, the Schneider Regional Medical Center, while support teams for emergency patient care were being airlifted in.

The Corps was also coordinating the shipment of a 750-kW generator to St. Thomas to assist in restarting the island’s power plant. A generator that size supplies power that’s roughly equivalent to a small power substation transformer, according to Dominion Energy spokesman Danny Register.

Also assisting humanitarian relief in the area are U.S. ships: the USS Wasp, USS Kearsarge, the USS Oak Hill and the USNS William McLean. The SS Wright had been loaded last week with FEMA containers to be taken to St. Thomas. 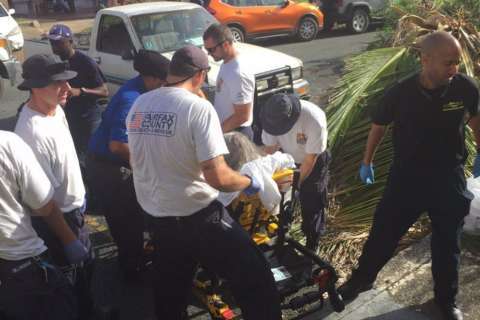 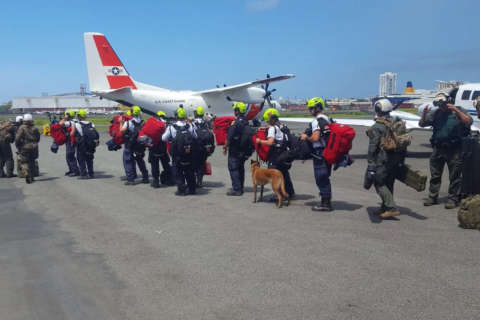