How Irma compares to other historic hurricanes

Category 5 Hurricane Irma is the most powerful Atlantic Ocean hurricane ever recorded. There have been only three hurricanes with a Category 5 to hit the U.S. in history.
Listen now to WTOP News WTOP.com | Alexa | Google Home | WTOP App | 103.5 FM

Category 5 Hurricane Irma is the most powerful Atlantic Ocean hurricane ever recorded. There have been only three hurricanes with a Category 5 to hit the U.S. in history.

In 1935, the “Labor Day” Hurricane hit the Florida Keys with maximum winds of 185 mph. There was an estimated $6 million in damage, and 408 people died. The National Hurricane Center says those who died were primarily World War I veterans working in the area.

Hurricane Camille made landfall along the Mississippi coast in 1969, with maximum winds estimated at 200 mph. As the storm passed over Virginia and West Virginia, the National Hurricane Center says “it produced a burst of 12 to 20 inch rains with local totals of up to 31 inches. Most of this rain occurred in 3 to 5 hours and caused catastrophic flash flooding.” Damage in the U.S. was estimated at $1.4 billion, and 256 people were killed.

In 1992, Hurricane Andrew hit Dade County, Florida with maximum winds of 165 mph. In addition to a 17 foot storm surge in Florida, the National Hurricane Center says Andrew produced a deadly tornado in southeastern Louisiana. Sixty-five people died in the U.S., and there was an estimated $26.5 billion in damage. 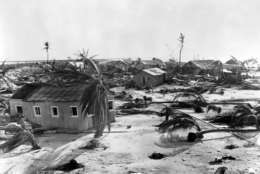 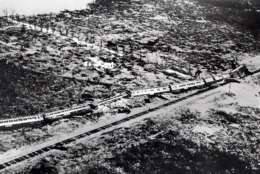 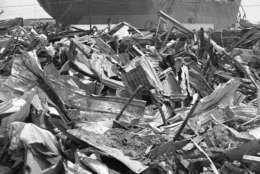 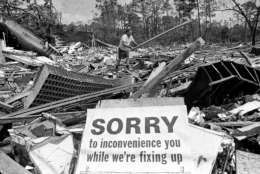 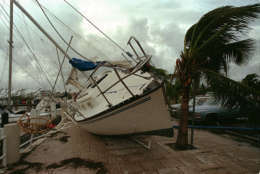 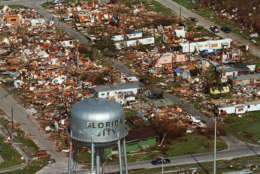 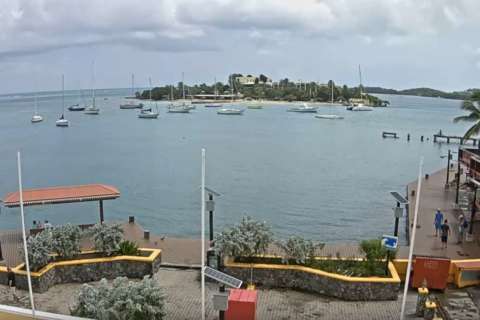