WASHINGTON – More than 300 security, intelligence and military officials from all over the world are descending on North Africa…
Listen now to WTOP News WTOP.com | Alexa | Google Home | WTOP App | 103.5 FM

WASHINGTON – More than 300 security, intelligence and military officials from all over the world are descending on North Africa this week as the entire continent faces growing concerns about trans-national and security threats.

Africa is currently in the throes of extraordinary security pressures. Separatism, organized crime, corruption and extremism dominate in large swaths of the continent, where some leaders are still trying to navigate the morass created by colonialism.

Rocked by the sudden explosion of Ebola cases in West Africa in 2014, the continent and global communities were unprepared for the residual impacts of the pandemic. Many were displaced, medical help was not adequate and unfounded fears about the disease were rampant. To make matters worse, the timing of the outbreak coincided with raging conflicts in North, East, Central and West Africa. At the same time arms, drug and human trafficking spiked – much of it driven by terrorist activities.

Researchers from the Moroccan Center for Strategic Studies, which is hosting the Marrakesh Security Forum 2015, believe the development of new communication technologies combined with the persistence of socio-economic weaknesses plus the failure of governance and democracy may intensify those challenges on the African continent.

“This instability could become a contagious phenomenon. In a world where such factors jostle together movement of populations, communication technologies and many other threats, the conflagration of risk throughout a region or even a whole continent should be taken very seriously,” said Dr. Mahmoud Benhammou, president of the center.

Among the most urgent concerns is the expansion of Boko Haram in West Africa. The al-Qaida inspired group has between 4,000 and 6,000 fighters in its ranks, according to U.S. intelligence officials. Based in Northeastern Nigeria, it has grown from a few hundred fighters in 2009 that could scarcely launch a rudimentary attack on a village, to an organization U.S. intelligence officials say can pull off multiple simultaneous attacks hundreds of miles apart.

They are believed to control 30 villages in Northeastern Nigeria and have grown so powerful that they are better fighters than the once powerful and revered Nigerian military. But most concerning is their alignment with al-Qaida and the group’s aspirations of setting up an Islamic caliphate.

After watching Boko Haram’s attacks spill out of Nigeria’s borders, that country and its four neighbors have created a new joint force to combat the group. Benin, Cameroon, Niger, Chad and Nigeria are expected to contribute almost 9,000 troops, police and civilian forces to the effort.

A new, looming threat is the encroachment of the Islamic State into Africa. U.S. intelligence officials have determined that Wilayah Tarabulus, the branch of ISIL that is operating in western Libya, has expanded its propaganda activities since mid-January in an apparent effort to raise its profile. Wilayah Tarabulus has recently claimed responsibility for terrorist-style attacks against high profile and symbolic targets.

Among those claims was a January attack on Tripoli’s Corinthia Hotel — a favorite meeting place and residence for Libyan and foreign officials. Nine people were killed, including a U.S. citizen.

American, European, Asian and Middle Eastern officials and experts are expected to join African leaders at the gathering, the sixth since beginning in 2009. Other issues to receive significant attention include biological and chemical terror threats, cyber issues and geopolitical strategies. 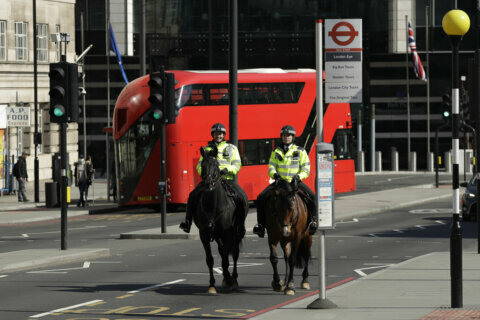 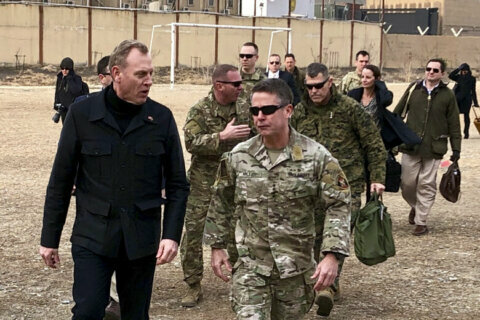