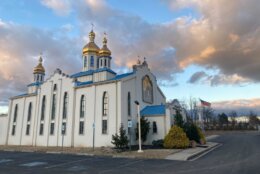 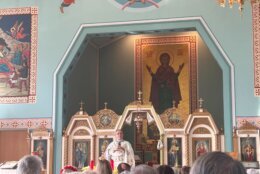 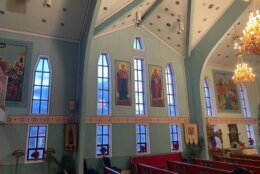 Reverend Fr. Volodymyr Steliac told WTOP that his parish has voted to observe the Gregorian calendar and move Christmas from Jan. 7 to to Dec. 25.

“The Ukrainian Orthodox Church in Ukraine, the official Church of Ukraine [has already signaled] its intention to move to 25th,” Steliac said.

Russia’s invasion of Ukraine further soured the relationship and prompted the move toward a new calendar.

“This war, even for those that were on offense, or [had] lukewarm feelings about Russians, all that is gone,” Steliac said. “They want anything that is associated with Russians to be separated, to cut off, to distance themselves.”

“It’s all done with intent to subvert people’s opinion, and allow bloggers and media that is supportive of them to show see how wonderful he is,” Steliac said. “But if that’s the case, why don’t you pull out your troops?”

Ukrainian officials have denounced that ceasefire and said Saturday that it is being ignored by some of Russian forces. Russia’s Defense Ministry insisted that its forces were observing the ceasefire, but returned fire when attacked

While the country is at war, Steliac said Ukrainians are hopeful this holiday season, rather than somber.

“When this war started, they could not say with certainty that their country wouldn’t be gone. Today … they are closer to a freedom that they never had before.”