Police officers and new recruits in Montgomery County, Maryland, will now receive extra training to help them better understand the communities where they work and serve.

It’s part of the county’s move to increase trust between its diverse residents and law enforcement.

At the signing ceremony, At-Large Council member Will Jawando said the bill is something that has been in the works for about two years, while Elrich noted the county’s arc has been toward change even before reform calls were reignited after the death of George Floyd in May 2020.

Jawando said this legislation has multiple goals, “making sure that we have the best, brightest and most highly equipped and informed and educated guardians in our community, our police officers.”

“They have a tough job,” he said. “And we’re a diverse community. And we know what they do saves lives each and every day.”

Jawando also said the second major goal is for this legislation to serve as a recruitment tool to attract people to the county’s police department.

“We want people in the police department as guardians who understand the needs and diversity of our community,” Jawando said, noting that there are roughly 700 criminal justice students at Montgomery College.

Both new recruits and current police officers will have to undergo 30 hours of extra training. The extra education for recruits will be woven into their time at the police academy. Current officers will receive the training as part of their continuing education.

The learning will be facilitated through a partnership with Montgomery College.

“I’m confident that we’re going to be able to make the changes that we need to make,” Elrich said.

Moving forward, “as we begin with our new officers, who sometimes come from outside of our county, and some of those who are within our county, [they] will also learn a greater sense of history, and how to address many of the individuals that they will interact with during the course of their careers,” Jones said. 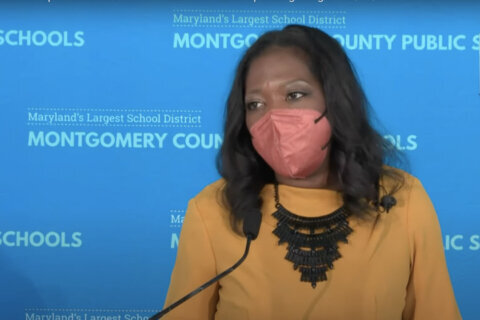