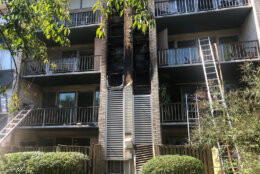 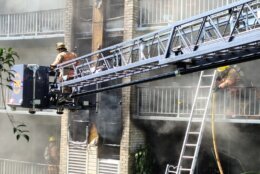 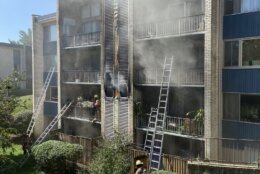 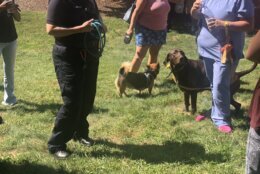 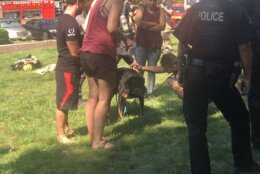 Pete Piringer, spokesman for Montgomery County Fire and Rescue Service, said the firefighters knocked down the bulk of the fire at the eight-unit building in the 2500 block of Baltimore Road, off of Norbeck Road, within 20 minutes.

When firefighters arrived, they found heavy fire conditions. The fire started on the second floor and extended up to the third floor of the three-story building, Piringer said.

“It did cause some fairly significant damage,” Piringer said.

“It likely started in a shared air conditioning compressor. These units share some utilities on the backside of the building and some utility closets.”

The fire also extended into the actual apartments.

Three buildings connected to the one on fire were all evacuated, and folks were displaced for a short period of time.

According to Piringer, 16 adults, six kids and some pets were displaced because of fire, smoke and water damage to the building. There were no human injuries.