Police in Montgomery County say they have closed one of the oldest cold cases in the county, arresting the man they say is responsible for the killing of a deputy sheriff more than 50 years ago.
Listen now to WTOP News WTOP.com | Alexa | Google Home | WTOP App | 103.5 FM

Police in Montgomery County, Maryland, say they have closed one of the oldest cold cases in the county, arresting the man they say is responsible for the killing of a deputy sheriff more than 50 years ago.

Larry David Smith was arrested in New York on Sept. 1 and has been charged with first-degree murder in the slaying of Montgomery County Special Deputy Sheriff Capt. James Tappen Hall.

During a news conference Wednesday, Montgomery County Police Chief Marcus Jones said Smith, who also went by the last name Becker, confessed to the killing in an interview last week with detectives who had decided to take another look at the case.

Officials said Hall’s was the only unsolved homicide of a law enforcement officer in Montgomery County and the oldest cold cases solved by the department to date.

Hall, 53, was found shot in the back of the head in the parking lot of the Manor Country Club in Rockville, where he was working part-time security as a side job in October 1971. Hall was taken to the hospital but died three days later on Oct. 26, 1971.

Investigators believe Hall had interrupted a burglary before he was shot.

The break in the case came after cold case detectives Katie Leggett and Lisa Killen reopened the investigation last October — marking the 50th anniversary of Hall’s killing. The detectives combed through case files and recordings and interviewed witnesses. They eventually zeroed in on Smith, who at the time of the shooting went by the name Larry David Becker, and had been interviewed by detectives in 1973 but had not been labeled a suspect, the police chief said.

Smith, who has waived extradition, is expected to return to Maryland by the end of the week.

Officials have not provided any other details about Smith’s interview with police or any other evidence linking him to the shooting.

Jones cited “fabulous work” by the detectives and the “tremendous effort” they put into re-investigating the case.

“To obtain a confession for someone who committed a crime 51 years ago is a tremendous, tremendous accomplishment,” Jones said.

‘I just knew somebody was out there’

The police chief said closing the case is personal “in a different kind of way” because Frank Hall, Capt. Hall’s nephew, was his training corporal when he first started with the department 36 years ago.

Several members of Capt. Hall’s went on to careers in the police force after his passing. His daughter married a Montgomery County police officer, and his son joined the force.

During the news conference, Carolyn Hall Philo, who was 28 when her father was killed, thanked detectives for their work.

“I just knew somebody was out there”, she said. “I don’t want anybody to forget if you are missing a loved one … please don’t give up; please keep after the police department, they’re here to help you. They really do — we found that out.”

Melvin Hall, who was 32 when his father was killed, said, “I never thought this case would be solved. It has been. And anybody out there that wants to be bad, just remember that.”

Retired Capt. Reuben Rosario said the head of the department’s Cold Case Unit decided last fall to refocus attention on Hall’s killing, which at the time was “very cold.”

The renewed focus, however, came during a time when there was an uptick in present-day killings.

“Toward the end of the year, we had a lot of homicides at the time,” he said. “And so we were kind of stretched thin as a division.”

Eventually, three investigators, Detectives Leggett and Killen as well as Detective Sarah White, commandeered a conference room and dug into the case.

“They had put together a timeline on the wall, dug through every inch of every case file,” Rosario said. “They did interviews, they went over old interviews.”

Detectives learned that Smith had previously used the last name Becker up until 1975 and thereafter had moved to upstate New York.

When the investigators tracked Smith down for an interview, Rosario said investigators had nearly all the pieces of the puzzle they needed.

“They pretty much put the story together from what they had. And I think by the time our main suspect was spoken to, the timeline, the details were pretty much laid out and I believe that excellent work contributed to a confession.” 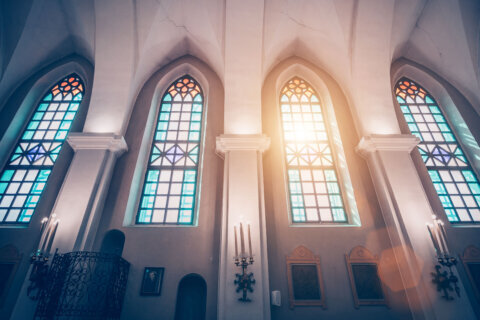