A California man has been indicted on federal charges of attempted murder of a Supreme Court justice.

Just after 1 a.m. on June 8, he went to the associate justice’s house with a pistol, ammunition, a knife, cable ties, pepper spray, duct tape and other items that he told police he would use to break into Kavanaugh’s house, kill Kavanaugh and then himself, The Associated Press reported.

Roske has been ordered to forfeit, among others, the gun and ammunition he intended to use. He will be tried in a federal court in Maryland. He faces a maximum sentence of life in federal prison if convicted.

According to police, Roske was upset by the leaked draft opinion suggesting that the Supreme Court is about to overturn the landmark abortion case Roe v. Wade. He was also upset over the shooting in Uvalde, Texas, that killed several children and two adults, and he believed Kavanaugh would vote to loosen gun control laws, The Associated Press reported.

Roske’s sister convinced him to call 911 on himself, CNN reported.

Following Roske’s arrest, the House on Tuesday approved legislation that would allow around-the-clock security protection for families of Supreme Court justices. Since the leak of the draft, protesters have sometimes gathered outside the justices’ homes, and threats against the justices have reportedly increased. 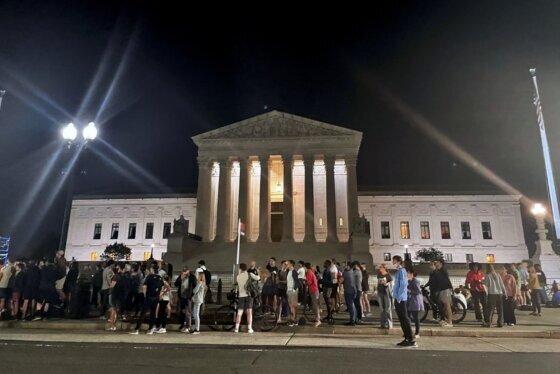 A draft opinion circulated among Supreme Court justices suggests that earlier this year a majority of them had thrown support behind overturning the 1973 case Roe v. Wade that legalized abortion nationwide, according to a report published Monday night in Politico.