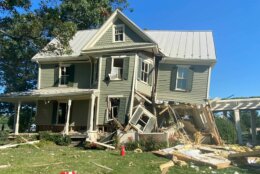 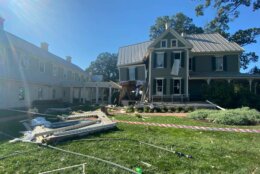 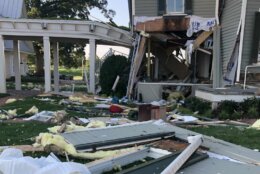 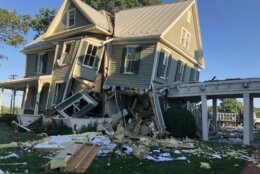 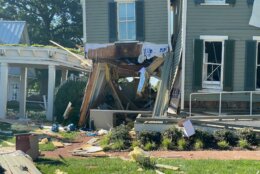 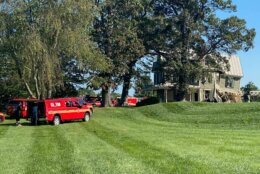 A propane explosion tore through a Laytonsville, Maryland, business early Tuesday morning, trapping one person beneath debris and injuring two others.

Montgomery County Fire and Rescue crews were called to Ruppert Landscape, at 23601 Laytonsville Rd., around 7:45 a.m. after multiple reports of a blast at one of the company’s administrative buildings.

One person was rescued from within the collapsed building and evacuated by medical helicopter with life-threatening injuries, Fire Chief Scott Goldstein told WTOP. Two people outside the building were also caught in the blast; one was taken to a hospital with serious injuries, while the other declined further treatment.

Goldstein said the historic house uses a propane tank as its fuel source, and an occupant had reported a gas leak to a utility company in the hours before the explosion. Officials were still working to determine what caused it to detonate.

“We are so grateful that no lives were lost today, and we are praying for the recovery of those injured,” Ruppert Landscape CEO Craig Ruppert said in a statement.

“Keeping our team safe is always first and foremost in our mind, but an incident like this is just something you never think will happen. We are just incredibly grateful for the quick response of so many here today, and we ask that you keep our team in your thoughts and prayers.”

Images posted to social media showed a partial collapse with most of the surviving structure’s windows blown out:

Laytonsville-MCFRS crews arrived to find a house that had collapsed after an explosion. Two victims treated and transported. Still a working incident. @mcfrsPIO @MCFRSNews pic.twitter.com/Rq88z5lCAl

The Victorian-style building, located in a rural part of Laytonsville southeast of Davis Airport, is listed on Montgomery County’s Master Plan for Historic Preservation as part of the Jacob Allnutt Farm dating back to the 19th century.

“It is extraordinarily unstable,” Goldstein said. “It’ll very likely need to be demolished based upon the damage that it has sustained.”

Some crews remained on scene Tuesday monitoring for any fires among the rubble.