Former state Del. Maricé I. Morales (D) announced Wednesday that she will seek a seat on the Montgomery County Council in 2022.

Morales is running for the District 4 seat being vacated by Councilmember Nancy Navarro (D), who is termed out of office. The district as currently drawn starts roughly in Wheaton and runs north to the Howard County line, bisected for the most part by Maryland Route 97.

In a statement and in a virtual announcement event Tuesday evening that drew 150 people, Morales said she wanted to build on Navarro’s legacy; the three-term councilmember was the first Latina elected to the council and is currently the only woman on the council.

“I am excited to take up the baton and continue the tremendous work Councilmember Navarro has achieved throughout her time representing District 4,” Morales said.

Morales, who turns 34 next week, is an attorney with a solo practice in Rockville, focusing on immigration, criminal defense and personal injury law. After a stint as an aide to former state Sen. Roger Manno (D-Montgomery), she was elected to the House of Delegates in 2014.

During her time in Annapolis, Morales sponsored legislation to reform the criminal justice system, to protect immigrant communities, and to preserve workers’ rights. But she lost her re-election bid in 2018, finishing about 450 votes out of the money in the eight-way District 19 Democratic primary.

Morales said that on the council, she would promote traffic safety and walkable communities, affordable housing and public transit.

“Maricé believes in people and in the role of government in helping others have the best quality of life,” Cullison said. “Maryland became a better place because of the work that she did, and I know that the county will benefit from her experience. Maricé has the heart for public service — that is who she is, that is where she belongs.”

Morales does not have the Democratic primary field to herself. Last month, Natali Fani González, the vice chair of the Montgomery County Planning Board, threw her hat into the ring, with a string of prominent endorsements, including former state Del. Ana Sol Gutierrez (D), the first Latina to serve in the General Assembly.

Other candidates could join the race, and the contours of the district could wind up changing because Montgomery County is adding two council districts for the upcoming election.

DISCLOSURE: Maricé I. Morales wrote a political column for Maryland Matters in 2018 and 2019. 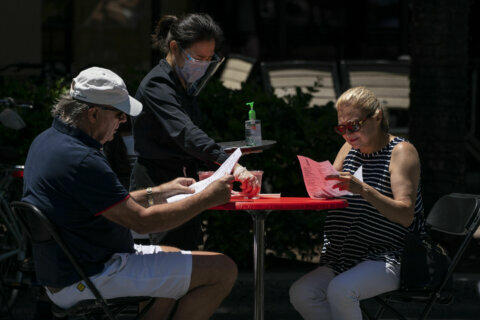