Teens wanted for murder at Greencastle Park and Ride in Montgomery Co. 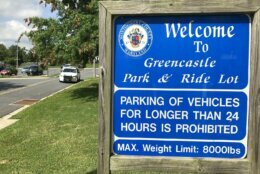 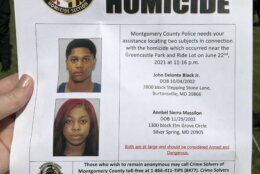 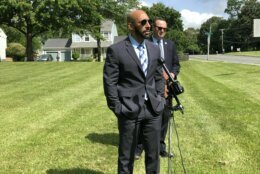 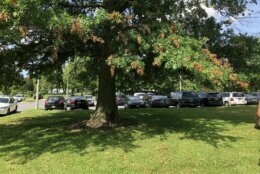 Two 18-year-old suspects are wanted in the shooting death of a man earlier this week in the area of Fairland, Maryland, Montgomery County police announced in a news conference Friday.

On Tuesday night, officers found 18-year-old Kennedy Merrit-Millit, of Rockville, on the ground near the Greencastle Park and Ride.

He was rushed to the hospital and later died from his injuries.

Police said they are now looking for John Delonte Black Junior, of Burtonsville, and Annbel Sierra Massilon, of Silver Spring, as suspects in the case.

“We consider them dangerous given the nature of the event, the crime that took place, so we’re not asking for them to be confronted,” said Capt. Ruben Rosario, director of the Montgomery County Police major crimes division.

They believe the shooting happened after an altercation.

“Although the victim and suspect, we don’t believe, at this time, knew one another, the people that they were with didn’t know one another and there was some sort of conflict between them,” Rosario said.

The incident happened on Tuesday around 11 p.m.

The park and ride is on Turbridge Drive off of Greencastle Road in Fairland.

“We lament the fact that it’s young people hurting young people, of course. But at the end of the day, we have to do the best we can to keep the community safe and bring justice for the family,” Rosario said.