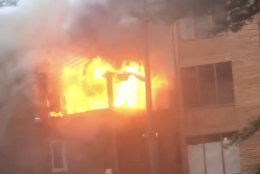 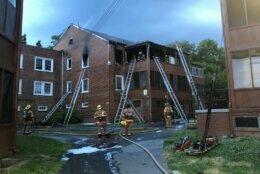 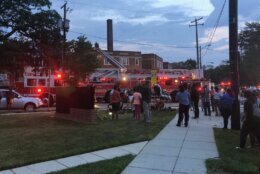 Units from Montgomery County, Prince George’s County and D.C. Fire and Rescue responded around 7:30 p.m. Wednesday to a 2-alarm fire at the Blair Park Garden Apartments in the 7700 block of Eastern Avenue in Silver Spring.

Piringer said more than 85 firefighters across multiple agencies worked to put out a large blaze that had fully engulfed a second-floor apartment unit.

One firefighter was injured and one dog died in the fire.

The failure of a power strip with multiple items plugged into it near a bed is the likely cause of the fire, Piringer said.

Montgomery County fire officials will be returning to the building Thursday afternoon to provide a safety check, including investigating whether smoke alarms are working properly.