A historic and treasured amusement ride — the Glen Echo Carousel — has reopened after nearly two years of repairs and inactivity due to COVID.

The colorful carousel, renowned for its realistic, graceful carvings, is marking its 100th anniversary this year.

President Warren Harding was in the White House when the carousel was installed in the amusement park in 1921. 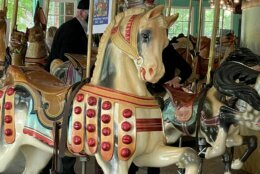 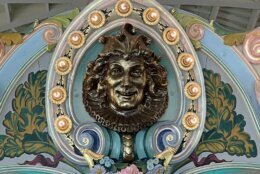 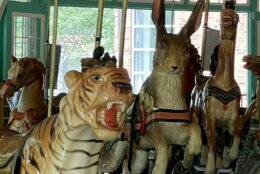 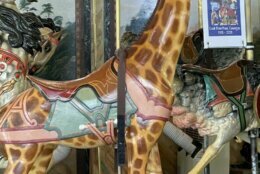 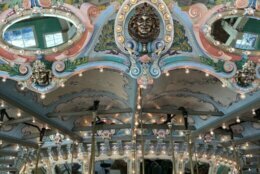 The ride delighted generations as it glided to the music of a Wurlitzer Band Organ through the Roaring Twenties, the Great Depression and during the years of World War II when Washington grew substantially and soldiers and sailors were among those reaching for the carousel’s brass ring.

But, from the beginning, Glen Echo Amusement Park was segregated, allowing whites only.

In 1960 protesters led by Howard University students and joined by Glen Echo, Maryland residents picketed the park, forcing the park to integrate.

“Through all of that change, the carousel still stands and so it is really a testament to the really beautiful change in our community,” said Councilmember Glass.

The Glen Echo Carousel, built by the Dentzel Carousel-making company of Pennsylvania is on the national register of historic places.

The carousel is open weekends in May and will then add Wednesdays and Fridays starting in June.

Police: DC man arrested in carjacking had a stolen dog in the car