A significant increase in homicides and other crimes in Montgomery County, Maryland, so far this year has led county police Chief Marcus Jones to label it a “disturbing trend.”

There have been eight homicides in 2021 already, with seven occurring in January, Jones said during a Montgomery County Council committee meeting Thursday.

“It’s unprecedented in its own right,” Jones said. “We’ve never had seven homicides in one month.”

Carjackings are on the rise, particularly in the Silver Spring and Bethesda areas, and robberies are also up, according to Jones.

“We have had nearly a 40% jump in armed robberies in the county,” Jones said. “It’s something we really don’t want to take our eyes off.”

The spike comes as the police department faces challenges of recruiting and retaining officers.

“There are always going to be officers who have other career goals in mind,” Jones said.

More officers are resigning or retiring for a variety of reasons, including spouses finding careers in other areas, and intense public and media scrutiny of policing practices.

Jones suggested that such scrutiny in the D.C. region is too much for some officers to handle, prompting them to leave the D.C. region for other parts of Maryland or other states entirely.

“Some of it is because they are actively looking for another police department where communities are more accepting of law enforcement,” Jones said. “It’s not so much about whether or not they’re earning more pay. There are some who have completely left the profession.”

However, salary is sometimes a factor, Jones said, noting that new officers are paid more in other nearby jurisdictions, including Fairfax County, Virginia.

The starting salary in Montgomery County for a police officer is among the lowest in the region.

“It is a concern that our competition is offering close to $5,000 more for a starting salary for a police officer,” said Council member Sidney Katz.

The department has also started offering online testing to applicants. 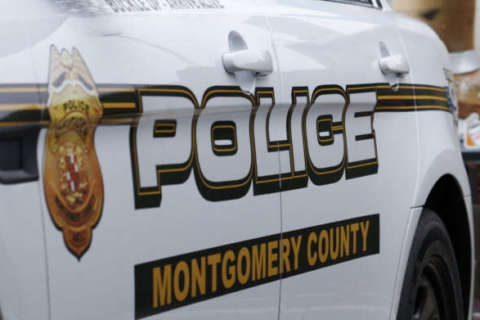