There are a lot of unknowns in the documentary, “The Three (Known) Lynchings of Montgomery County, Maryland,” as director and writer Jay Mallin found out when he began uncovering the public records of three men, George Peck, John Diggs and Sidney Randolph.

Mallin said Bryan Stevenson’s book, “Just Mercy” prompted him to take a look at the historical records of the late 1800s in Montgomery County, after Stevenson encouraged readers to discover lynchings in their own neighborhoods at the end of the book.

Mallin said the name of the documentary is deliberate, because he says “we don’t know what we don’t know.”

Two of the lynchings that are highlighted in the documentary happened in 1880 in Poolesville and Rockville. The third one in 1896 happened in Rockville as well.

The lives of the men were not a priority for those who prosecuted them, Mallin said.

“Grand juries and juries of inquest didn’t really investigate except in one case,” he said. “Prosecutors didn’t charge anybody, elected officials didn’t speak out, the newspaper editorialized in favor of a lynching and the only clergy person we know of, was also pretty supportive.”

Mallin said he was shocked at the response from elected officials.

“Most white folks were pretty OK with it,” Mallin said. “These were public murders, which were racial terrorism. It’s hard to get your head around ordinary people with jobs and everything having this going on and not freaking out in the morning when there’s a body hanging from a tree in the county seat.”

The three men never had access to due process and he said newspapers were sometimes the only source of information, which oftentimes, didn’t have very good information.

According to Mallin, there is a strong connection between the history explored in the documentary and present day Montgomery County.

As diverse as the county is, the filmmaker said housing and school segregation issues within the county can be traced back to the late 1800s.

In the documentary, narrator Michael Williams, a schoolteacher in Montgomery County, talks about segregation.

Mallin said as a child, Williams felt isolated and cut off from the rest of the county as a result.

“These are not just historical oddities,” Mallin said. “But they are a distinct part of our history that connects with the structure of the county today.” 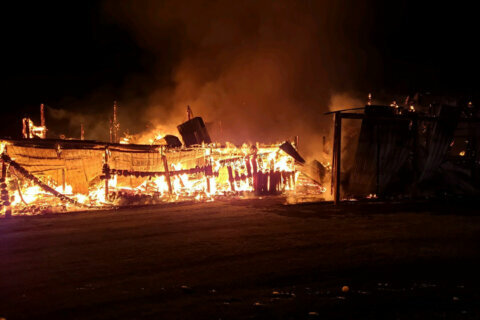