A boy from Maryland spent his life's savings buying items to include in care packages for seniors who couldn't go out and shop due to coronavirus concerns. Now his selflessness has prompted a wave of donations.
Listen now to WTOP News WTOP.com | Alexa | Google Home | WTOP App | 103.5 FM

Would you spend your life savings to help your community through the pandemic? This 7-year-old Maryland boy did.

When Cavanaugh Bell, of Gaithersburg, learned about the pandemic, he worried about his 74-year-old grandmother because he knew she was in a high-risk group.

“My grandma has asthma, so I decided to make a care pack for her,” Cavanaugh said.

But as he was shopping with his mother to buy the care pack items, he started thinking about the other seniors who live near his grandmother.

“So we were in the grocery store shopping, getting stuff for her and he kept saying ‘Well, let’s get this for her friend Mary; let’s get this for her friend Beverly,'” said Cavanaugh’s mom, Llacey Simmons. “Finally, we had almost two shopping carts full of stuff. And he said ‘What about everybody else who lives there? They’re also senior citizens, I want them to be safe.'”

That’s when Simmons had to stop him and explain that their shopping trip was getting expensive, and that they had a budget. That’s when Cavanaugh remembered he had money.

“It was $640 that I’ve been saving for three years from birthdays and Christmases,” he told his mom.

It was his life savings. He had been socking away every penny he got so he could buy an iPhone someday. But there, in the store, he decided it would be better spent on the seniors in his community.

The act of altruism may not come as a surprise when you learn a little more about Cavanaugh. When he was 5 years old, he was bullied at preschool. It made him feel so bad, he wanted to do something to stop bullying.

So he spoke to city and county councils, and took the pain he felt and turned it into a charity whose mission was to stop bullying, and named it Cool + Dope.

The name stands for — Considering Others’ Obstacles in Life, and Dish Out Positive Energy. His position in the organization is “Chief Positivity Creator.”

It also may not come as a surprise that he didn’t stop with just taking supplies to a few dozen seniors. His charity evolved into a community pantry, where he collects food items and supplies and makes up care packages to give to families in his area who are in need. 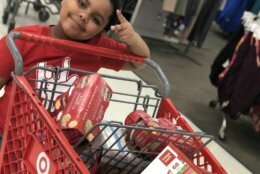 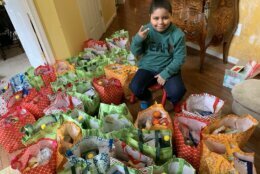 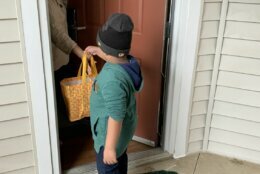 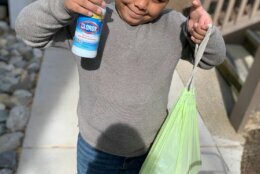 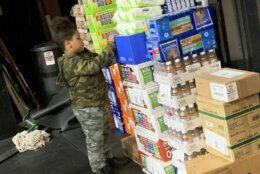 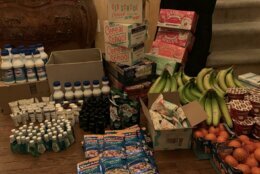 Yesterday, Cool + Dope launched a program called Meals of Love, where they link up families in need, which they call “love families,” with chefs in the area, who will cook those families two meals a week with groceries paid for by the charity.

Simmons is the glue that makes everything happen, and is obviously proud of the son she’s raising.

“It’s empowering as a parent to let them know to dream big and dream outrageous because if it’s something you’re really passionate about, go for it,” she said.

Simmons is the person who taught him about the idea of karma, and he has taken that knowledge and run with it.

Speaking of karma, Cavanaugh’s selfless act of emptying his bank account to help his community was noticed by Facebook’s Returning The Favor show. He was featured on the show this week, and host Mike Rowe told him he would be sending him a check to replenish that bank account, as well as some money for him to use toward his education.

As for Cavanaugh’s current desire to help 1,000 people, If you want to help the community pantry keep its shelves stocked, they are taking donations on their website.

They are also looking for families in need in the Gaithersburg area. Applications for are also on the website.