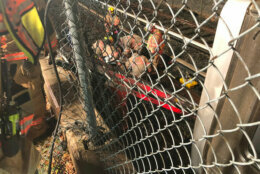 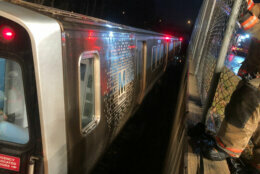 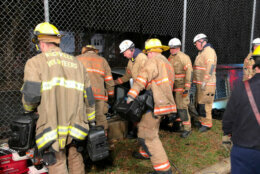 A man suffered life-threatening, traumatic injuries after a Metro train struck him not far from the Rockville, Maryland, station Tuesday morning.

Metro Transit police said in a tweet that the man had climbed a fence next to the Metro tracks in Montgomery County.

The train struck the man about a quarter of a mile from the Rockville station around 5:40 a.m., according to Montgomery County Fire and Rescue spokesman Pete Piringer.

Firefighters rescued the man from under the train as passengers stayed on board.

“This is what we call a tactical rescue. They cut a hole in the fence, had to get down onto the track bed, and remove that person from underneath the train,” Piringer told NBC Washington.

Metro Transit police at 7:06 a.m. said all of the passengers have been safely taken off the train.

Metro’s Red Line trains ran on a single track between Shady Grove and Twinbrook for almost two hours during the rescue operations.