Montgomery County Police Chief Marcus Jones said there’s no need to overhaul training for his officers, but said under his tenure, he’ll “re-emphasize” training on de-escalating confrontations that could turn violent.

Jones made the comments in an interview Thursday when asked about the conviction of an officer on assault charges last month.

Officer Kevin Moris was convicted of second-degree assault in a case stemming from the arrest of a man at a McDonald’s in Aspen Hill, Maryland, in July. A video of the arrest showed Moris driving his knee into the head of a handcuffed man who had been taken into custody and was on the ground.

Moris will be sentenced in February.

When video of the altercation first appeared online, Jones said, “It gave me grave concern.”

In talking about how the department will continue to emphasize de-escalation tactics, Jones explained that often an officer who gets the initial call to an incident takes the lead, but if backup officers arrive and see the need to intercede to defuse a situation, they should be empowered to do that.

“It’s challenging,” Jones said. “In our role as public servants and being in the spotlight, it requires us to have a higher level of the ability to pull ourselves away out of those intense moments.”

Jones said policing has always required officers to be at their best, even when faced with hostility.

“We’re going to have those moments when people yell at us and curse at us,” but Jones said officer candidates are told from the first day that they walk into the academy that they’ll face all kinds of behaviors.

“It’s difficult, and we understand,” Jones said. “At the end of the day we have to train our folks to be as professional and as courteous as possible.”

Jones said there are examples of officers excelling in de-escalation “but we’ve seen some bad examples of when things go off the other way,” he added.

So, Jones said, “That’s why I’m having many of our supervisors really stay engaged in making sure they’re monitoring our officers” to provide teachable moments.

“The more we can do that, the better we’ll become.”

Jones, who was sworn-in as police chief in November, leads a department of more than 1,200 officers. 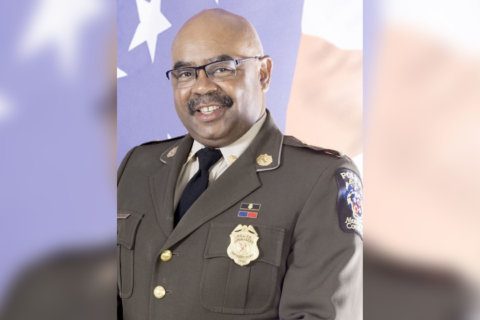