"Every single student that stands with me tonight has friends that they are going to lose. I really, really don't want you to split my school," one student testified.
Listen now to WTOP News WTOP.com | Alexa | Google Home | WTOP App | 103.5 FM

Maryland State Del. David Fraser-Hidalgo testified and said that he didn’t have a position on which option should be adopted.

But he urged the school board to consider the impact their choice would have on the already congested Interstate 270 corridor and area side roads from Germantown to Clarksburg. Fraser-Hidalgo told the board that estimates of travel times in the area are impossible to predict reliably.

“If you’re going to take a kid and put them on a bus from Boyds or Cabin Branch, and send them to Neelsville or Seneca Valley, the information that you have is not accurate,” Fraser-Hidalgo said.

He said that there are too many variables involved in predicting traffic flow, adding, “the reason I say it’s not accurate is because nobody knows how long it’s going to take,” to which the crowd burst into applause.

Transportation wasn’t the only concern for families affected by potential changes to existing school boundaries.

Schuyler Boettcher, a fourth grader at Germantown Elementary School, explained her opposition to the plan favored by the superintendent.

“I have been at this school since kindergarten, and so has my best friend,” she told the board. But if the plan that Smith prefers goes into effect, Boettcher will go to a different high school than her friend.

“Every single student that stands with me tonight has friends that they are going to lose. I really, really don’t want you to split my school,” she said.

Boettcher added that she also has a brother who has autism and who has a tough time making friends. She said if the preferred plan goes through, her brother would be separated from his best friend “and he would be alone.”

Seneca Valley High School student Hailey Hill, wearing a pin with the hashtag “Seneca Proud,” told the school board that she supports the plan outlined by Smith.

One of the stated goals of Smith’s plan is to address demographic imbalances in the schools and reduce the concentration of students who qualify for free and reduced meals.

At the conclusion of her remarks, Hill turned to parents and asked, “I know all of you want your kids to go to the best school possible. I understand that, but at what cost and at whose expense?”

Citing concerns about conditions at Neelsville, including what she said were leaky roofs and “unhygienic” bathrooms, Das said an alternative plan submitted by parents should be adopted.

The hearing this week did not address the districtwide analysis of school boundaries currently underway by consultants hired by the school board. That analysis is in its first phase, and a public hearing on that topic is scheduled for Monday, Nov. 18.

The final decision on the plan for the upcounty boundary changes will be held Nov. 26.

Public to get first look at Montgomery County boundary study 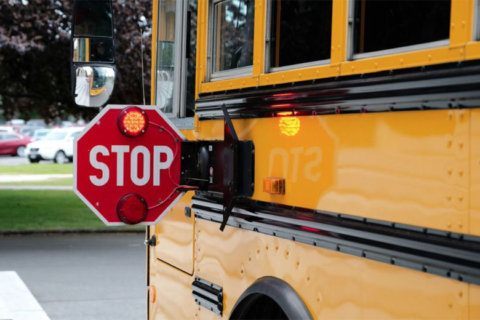 Montgomery County school report: Hazing not widespread, but ‘we could do better’