Montgomery Co. Public Schools have a dropout problem — here’s why

Montgomery County Public Schools have a growing problem with students who drop out or are chronically absent, meaning they’ve missed 15 or more school days in a year.

On Monday night, a committee that’s been studying the issue presented its findings to the school board.

Members were asked to imagine a 17-year-old boy from Guatemala who has not had formal schooling since he was 10 enrolling in their school district for the first time and the needs he might have. 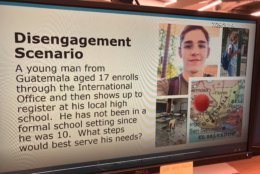 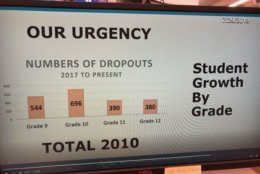 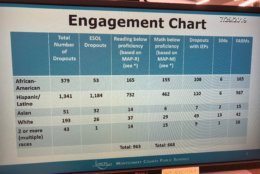 Of the 2,010 students who dropped out of Montgomery County Public Schools in the last two and a half years, 1,296 were learning English as a second language, and 1,341 were Hispanic or Latino.

The study found many of the English-language learning students leave school because they find it’s too hard, they have to get a job to help support their families, or they must help care for younger relatives.

The committee, which was formed in January at the request of Superintendent Jack Smith, also spoke with students, and several said that having just one adult in school who welcomed them in made a big difference.

And students had more requests.

“They would like instruction to always be relevant and explained why it is relevant. They would like teachers to slow down and reteach as needed,” Goodwin said.

The report points out factors that help keep students in school and others that hinder, but it does not require any action to be taken.

“It doesn’t demand we do anything except to pay attention to the topics, the ideas, the concepts, the research that is behind it, and then use this information across our school system to more deeply engage our students,” said Smith