“We’re doing this because this is increasingly a way families want to live,” said Councilman At-Large Hans Riemer, the chief sponsor of the bill.

The measure removes a distance requirement between ADUs, which are currently separated by 500 feet in large lots and 300 feet in smaller lots.

The new zoning rules will allow a separate entrance for an attached ADU on any side of the dwelling.

“There are so many families in our county that are struggling with the high cost of housing,” Riemer said.

“People are being priced out, shut out,” he said, promising the measure will be a tool to boost affordable housing in Montgomery County.

Critics have complained about the potential for parking problems, increase stormwater runoff and overcrowded schools.

“We’ve heard from many that they are opposed to having this type of housing in the county,” Riemer conceded. He thanked his fellow council members for standing up to the opposition, some of which he branded “voices of exclusion.”

“This is not going to fundamentally change the character of the neighborhoods in this county as some have asserted. It will be a tailored and practical improvement,” Riemer said.

In May, County Executive Mark Elrich expressed doubt that the zoning changes are right for the county.

Elrich wrote in a letter to residents that while he supports the development of more ADUs, he questions whether what’s been put forward “provides the right framework for addressing our housing needs while maintaining the quality of life that has attracted so many people to our single-family neighborhoods.” 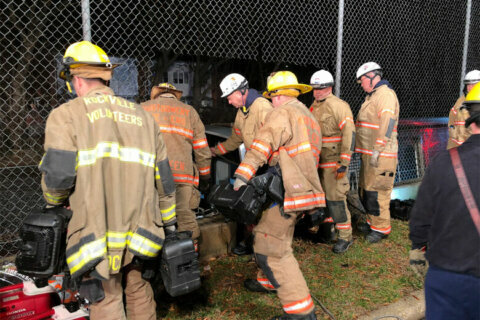