After recent collapses in Montgomery Co., some tips for deck safety 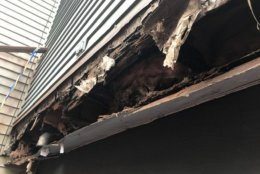 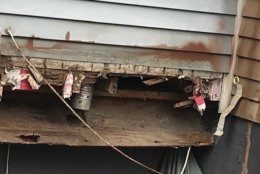 Montgomery County’s Department of Permitting Services suggests checking your deck closely at least once a year, especially in one crucial place.

“The key area to look would be the ledger board, the connection of the deck to the home,” said Jim Sackett, the department’s manager for residential inspections.

“Sometimes in older homes, the deck may not have been flashed correctly, and it gets water into the home, and the band board [the part of the home the deck’s ledger board attaches to] will decay.”

The department has a deck-maintenance checklist for homeowners that suggests looking for things, such as soft wood, wobbly guardrails, loose or corroded deck fasteners and more.

“You want to look at the connection of the post to the ground. That’s kind of an area where you see rot over time,” Sackett said.

On May 25, a deck collapsed along Perrone Drive in Germantown, leaving several people with injuries that were not life-threatening.

Then last Saturday, another deck collapsed in Germantown, during a birthday party on Liberty Heights Lane. 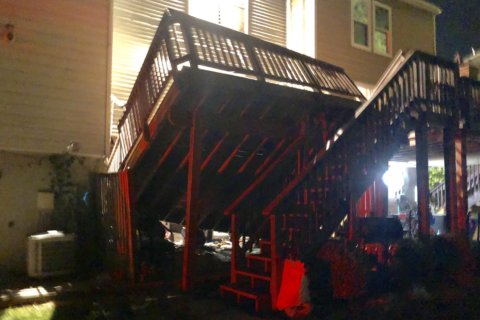