With standing room only, hundreds of residents and elected officials voiced concerns Sunday at the Civic Building in Silver Spring over Maryland Gov. Larry Hogan’s plans to expand parts of the Capital Beltway and Interstate 270.

The town hall, organized by Tom Hucker, chair of the Montgomery County Council’s transportation committee, opened the stage for concerned citizens to call for more transparency and a study focused on the potential environmental impact.

“This project has been managed like a runaway bus in the movie, Speed. Our job is to slow it down” said Hucker.

The Maryland Board of Public Works was scheduled to vote on the Public Private Partnership, or P3, which would help fund the project, on May 8 but was postponed following outrage from elected officials who demanded more time to review the details and potential impacts. On Sunday, they said their intent was to be heard by the project’s key decision makers.

“This proposal is seriously wrong,” said Montgomery County Executive Marc Elrich. “There is just no room for this,” he added, referencing the physical setbacks a project of this magnitude is likely to present.

Others also stressed the need for fewer cars and a focus on moving toward more environmentally friendly options, not more roads.

Montgomery County Council Vice President, Sidney Katz, who was also in attendance, acknowledged that there is a need for transportation solutions, “but we need to do things in a smart way, not a quick way,” he added.

Ann Horton, a member of Citizens Against Beltway Expansion was among members of the audience who spoke. “The lack of transparency, the rush of the project timeline and the lack of local community and local government involvement are an anathema to democracy,” she said.

Also of concern is the impact on wildlife. Carol Rubin with the Maryland Park and Planning Commission who is also the special project manager for the proposal’s managed lane study, said the expansion would impact around 300 acres of park land in addition to the 34 families that the project is expected to displace.

But Hogan responded to the town hall on Twitter, saying, “While these activists plot to keep the roads filled with traffic, our relief plans have received broad support, advancing through public hearings, workshops, meetings & votes. We’ll continue our historic investment in both transit & roads so that you can finally get moving again.”

These pro-traffic activists show no regard for the hundreds of thousands who are stuck in traffic every day; even more, they offer no real ideas to solve a public health, environmental, and safety crisis that is hurting the quality of life in the region. 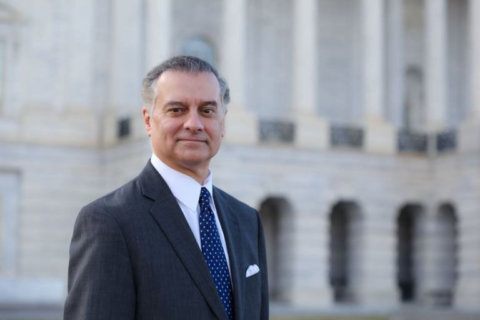