A dental surgical assistant from Montgomery County, Maryland, has been found guilty of sexually abusing a teenager during oral surgery.

Mervin Alexander Rivas-Chang, of Germantown, could face years in jail for sexually abusing a then-17-year-old girl. His sentencing is scheduled June 21.

Court documents detail that in 2017, the unidentified victim was getting her wisdom teeth removed at a clinic in Silver Spring.

While she was sedated, she woke up and heard someone in the room. She said that she felt someone touching her inside her clothing. She later described a person fitting Rivas-Chang’s description.

She said that she felt a hand touching her inside of her pants and underwear. The suspect removed his hand when she moved her hand to push the suspect away, but she was too weak at the time.

During the investigation, DNA belonging to Rivas-Chang was found in the genital area of the victim.

Rivas-Chang also grabbed the victim’s hand and placed it on his penis, court documents say. The victim said that her vision was too blurry to see the person’s face.

Furthermore, Rivas-Chang removed a pulse-oximeter from the teenager’s left finger and put it on her right finger. The surgeon who performed the tooth extraction confirmed during the investigation that the pulse oximeter was moved.

Following the procedure, the doctor came in and asked how the patient was doing. Rivas-Chang responded that she was fine but could not walk. The doctor then left the room, and the victim began to cry.

Rivas-Chang asked the victim if she had “crazy dreams,” telling her that patients usually do. He told her that she was completely out of it. He asked why she was crying but she shook her head. He then walked her out to her mother.

The surgeon confirmed that Rivas-Chang assisted with the surgery, along with a female employee who prepped the victim for surgery. The surgeon said that assistants monitor the patient.

“This is every patient’s worst nightmare. To be half-awake under sedation and realize you are being sexually molested by the surgical assistant,” said Ramon Korionoff, a spokesman for the Montgomery County State’s Attorney’s Office.

Korionoff asks anyone who has information about this defendant who goes by “Alex” and was a surgical assistant in Silver Spring for nearly a year, to contact police. 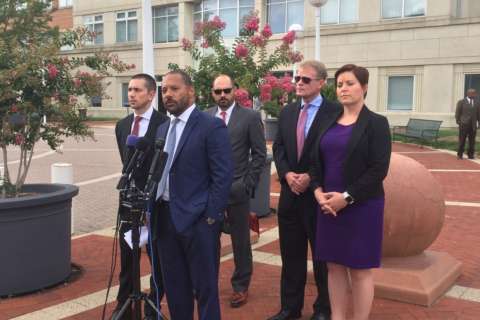