Like many other school systems across the country, Montgomery County Public Schools are receiving age-appropriate training in case of a school shooter. Next on the training list are the elementary schools.
Listen now to WTOP News WTOP.com | Alexa | Google Home | WTOP App | 103.5 FM

Like other school systems around the nation, Montgomery County Public Schools has been working to prepare staff and students for active shooter situations. School officials told Montgomery County Council’s Education and Culture Committee on Monday that training in elementary schools is next on the list.

“This is not so much a drill as it is a scenario-based discussion at an age appropriate level,” said Dr. Andy Zuckerman, chief operating officer for Montgomery County Public Schools.

Zuckerman said training is being customized to the high school, middle school and eventually the elementary school populations.

The plan includes focusing on how students should react to particular situations with older kids, while elementary school students will be encouraged to follow the guidance of their teachers and school staff.

Ed Clark, the school system’s director of school safety and security said unannounced drills will not be part of the training and instead it is more discussion based. Right now, work is being done to develop training for elementary school-aged children.

“We need to do that in an age appropriate way where we are not scaring students or parents, or raising the level of anxiety,” Clark said.

Following the rules set by the Maryland Safe to Learn Act of 2018, which was passed after a deadly school shooting in Parkland, Florida, and another at a southern Maryland school, the school system has also hired a mental health coordinator who will work closely with Clark in organizing and refining training for staff and students.

“The mental health aspect of this cannot be overstated,” Zuckerman said.

The training includes helping students, staff and school resource officers identify others in crisis. For the school system, one hurdle is getting students comfortable enough to tell an adult about a friend who may need help, but Zuckerman said students are talking to them.

“And often times that may not result in violence in the school but really be about the psychological and emotional support we need to provide for a child,” Zuckerman said.

But when tips about threats come in, officials say they have a better chance to investigate them fully and to prevent any threats deemed credible.

A hotline for students to call in tips has also been set up, but Council President Nancy Navarro said she would like to see more done to make sure students are aware that avenues like it exist for them to use.

“That students can access this in some sort kind of public education campaign that is hip and cool, so everybody, you know, pays attention to it,” Navarro said.

In addition to the training, the school system has also implemented a new visitor management system and are modernizing access control systems at schools. Also, work is being done to install cameras at the elementary schools which officials hope will serve as deterrents.

Also, Zuckerman said the lion’s share of $28 million which was added on to the school system’s budget for security will go to adding vestibules to schools which don’t have them. The process for that will take time, according to Zuckerman, as each school’s current layout provides unique challenges for the design and construction of the new entry ways. 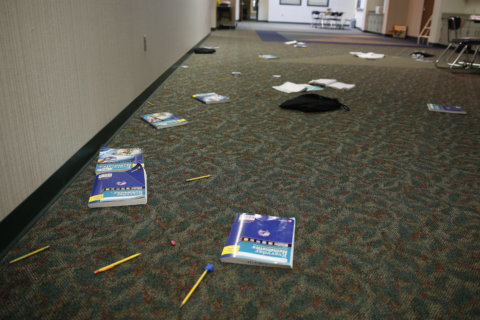 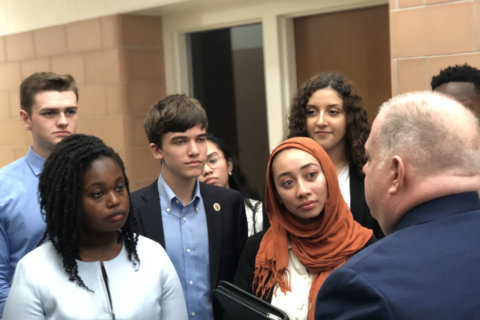