A person was injured after a car crashed and overturned in Gaithersburg, Maryland.
(1/4) 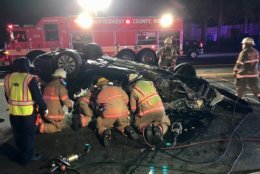 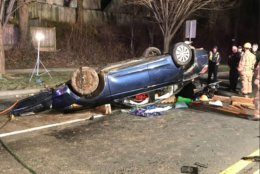 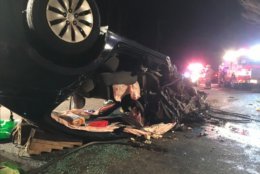 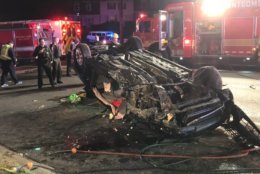 A person was injured after a car crashed and overturned in Gaithersburg, Maryland.

The crash happened Monday around 9 p.m. on Clopper Road near Longdraft Road.

The driver of the car was trapped and pinned inside the car and had to be extricated, Montgomery County Fire and Rescue said.

Rescuers initially thought a child had been in the car and began searching the area with police but later determined it was just the one person who was rescued inside the car.

The crash investigation is ongoing.