3 hurt as car drives into apartment building in Montgomery Co.

Three people have been hurt and a family has been displaced after a car drove into an apartment building in Damascus, Maryland.
Listen now to WTOP News WTOP.com | Alexa | Google Home | WTOP App | 103.5 FM
(1/4) 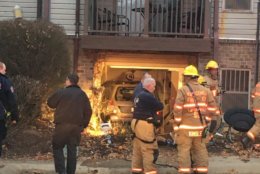 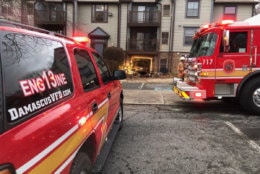 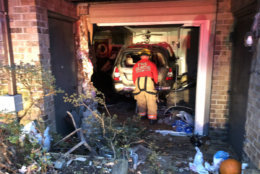 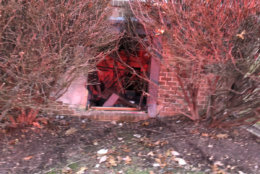 WASHINGTON — Three people have been hurt and a family has been displaced after a car drove into an apartment building in Damascus, Maryland.

At least one person is seriously hurt, and at least one of the injured people lives in the building, Piringer said a bit after 4. At about 5, he tweeted that the injuries were not life-threatening, and that the building inspector had determined that the two apartments that weren’t crashed into were safe to re-occupy.

Piriniger said at about 5:30 p.m. that the car hit the building twice, and that one of the people who was hurt was hit by the car when they came out to investigate what had happened.

Montgomery Co. aims to lure in workers from states that roll back abortion rights