A "managed hunt" seeks to control Montgomery County's soaring deer population at a total of 46 parks in the coming year.

WASHINGTON — Montgomery County, Maryland, will continue to try to control the deer population by using “managed hunts” at a total of 46 parks in the coming year.

Montgomery Parks is adding four new locations to the list of areas where the hunts will take place, including a portion of the Northwest Branch Stream Valley Park that’s located along Colesville Road in Silver Spring.

Parks officials said the goal of the hunts is to control a growing deer population that has resulted in “deer-human conflicts,” including vehicle crashes and damage to crops and residential properties.

Archery hunts will go on from September through January, and those parks will remain open to the public. When shotguns are used for hunting, parks will be closed while hunts are underway.

Police sharpshooters will conduct hunts at night in 29 parks from January through March. Those hunts will take place when the parks are normally closed, from 6 p.m. to 6 a.m.

The hunts will begin in September.

According to information provided by Montgomery Parks, deer killed in the sharpshooter hunts are processed for consumption at local food banks. Around 290,000 pounds of deer meat has been donated under the program.

Here’s the list of parks where the deer hunts will take place. 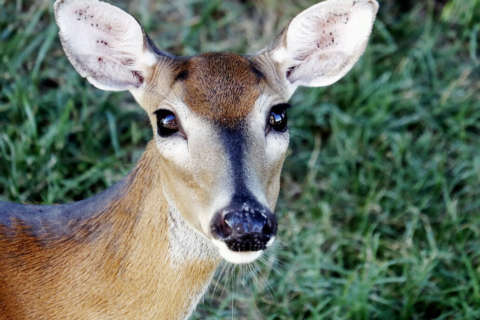