Protesters visited the Montgomery County courthouse on Monday to ask that the council reduce the number of restrictions on those eligible for legal aid in deportation cases.
(1/3) 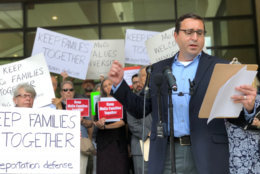 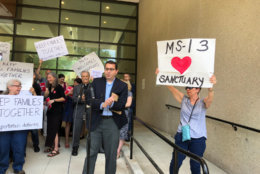 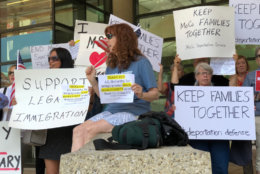 ROCKVILLE — The Montgomery County Council is set to vote Tuesday afternoon on a special budget appropriation of more than $373,000 to help low-income residents facing deportation pay their legal bills.

But before the vote, a number of people who think the plan sets too many restrictions on those who would qualify for the aid staged a protest outside the county courthouse Monday afternoon.

The protesters included those representing CASA of Maryland; a religious group known as Sanctuary DMV, and the Maryland ACLU. They said changes to the original resolution, suggested by John McCarthy, the Montgomery County state’s attorney, go too far and will significantly reduce the number of people who can be helped.

A group of residents who support the county’s current, more restricted plan, were also on hand.

The county’s original resolution came out April 17, and county residents attended a public hearing on the issue May 1.

McCarthy said the bill didn’t go far enough in excluding those who had committed some serious crimes, including extortion.

After the bill was amended, however, McCarthy said he does not oppose it in its current form. McCarthy said he advised the county on making the changes, but did not draft the latest version of the appropriation.

The county’s plan to vote Tuesday on the stricter resolution triggered Monday’s protest.

“Our membership demands that [McCarthy] reverses course immediately — along with the county council — and that he immediately supports expansion of legal representation for all of our county residents,” said CASA of Maryland’s George Escobar.

In a statement issued by CASA of Maryland after Monday’s protest, the organization said the restrictions would limit legal defense to only 25 percent of those currently eligible.

“These exclusions functionally cripple the program,” CASA of Maryland said.

The residents who support the new plan came with signs supporting McCarthy.

Cheng Tu, a resident of Rockville who describes himself as a legal immigrant, said he’s not against private interests offering to represent people in immigration court. But he does object to taxpayer money being used to provide the service.

“They can use private funds to defend themselves. We’re a country built on rule of law, and we have a justice system,” he said.

In a statement released after the protest, McCarthy referred to several cases involving immigrants convicted of committing violent crimes: “I would request that anyone looking objectively at the proposal review the list of crimes that are on the exclusionary list and ask yourself: Do I want my tax dollars being used in an immigration matter defending an individual who committed this crime in my community?”

“I am sympathetic to the motivation that has brought this public debate regarding the issue of immigration in our nation,” McCarthy wrote. “I do not want my position on this matter to be misinterpreted as anything other than the best advice I can provide as the top law enforcement official in Montgomery County to ensure public safety.”

As of now, the county council plans to vote on the budget issue in its current form on Tuesday afternoon. 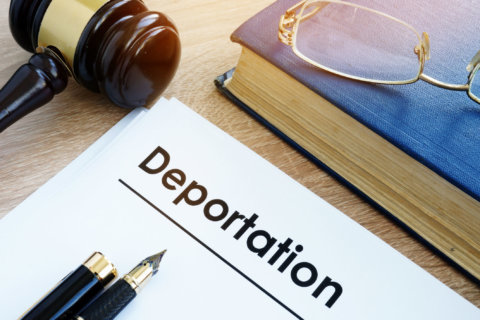 Montgomery Co. wants to give $373K to help nonprofit’s fight in immigration court 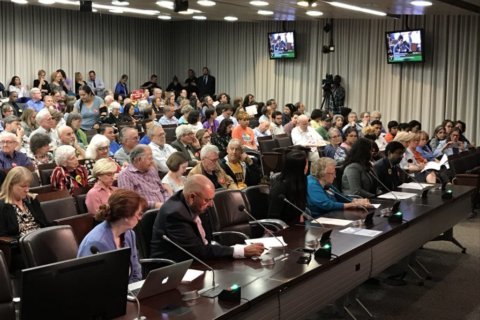