Two Montgomery County Council committees are asking for at least one proposal dealing with gang violence to be reworked, while one official wants to wait before appropriating more money in this fiscal year.
Listen now to WTOP News WTOP.com | Alexa | Google Home | WTOP App | 103.5 FM

ROCKVILLE, Md. — Two Montgomery County Council committees are asking for at least one proposal dealing with gang violence to be reworked, while County Executive Isiah “Ike” Leggett signaled he wants to wait until a current budget shortfall is sorted out before appropriating more money in this fiscal year.

According to the packet provided by council analysts, Leggett said he wants to evaluate midyear reductions before giving the green light to several approaches to gang prevention.

The director of the county’s Department of Recreation, Gabriel Albornoz, repeated Leggett’s concern after Monday’s meeting before council members.

“The county executive was not prepared to make a decision on any supplemental request until he has the opportunity to review that against the potential reductions that loom in front of us,” said Albornoz.

Montgomery County is in the middle of trying to cut the current budget by $120 million after finding county revenues fell short of projections.

One proposal to deter gang involvement being considered by the county is Positive Youth, a program from the Archdiocese of Washington’s Catholic Charities under which the county would provide a $160,000 grant.

Council members asked that the proposal be rewritten to focus on high-school aged adolescents. As proposed, the program targets fifth- to eighth-graders. 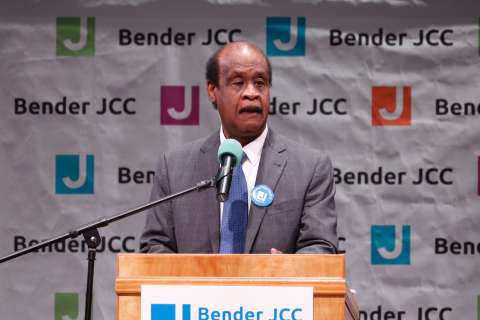