Montgomery County is stepping up its battle against MS-13 and other gangs that are blamed for a rising homicide rate in the county, and the school system is getting involved.
Listen now to WTOP News WTOP.com | Alexa | Google Home | WTOP App | 103.5 FM

ROCKVILLE, Md. — Montgomery County is stepping up its battle against MS-13 and other gangs that are blamed for a rising homicide rate in the county.

Police and prosecutors are beefing up their ranks to counter the gangs; the public school system will pitch in with information sharing and more gang prevention efforts.

“Additional detectives are going to be assigned to the neighborhoods, to the communities where the gang violence is occurring, where gang members typically operate,” Montgomery County police Chief Tom Manger said Tuesday, adding that efforts will focus on neighborhoods in Germantown, Gaithersburg and Silver Spring.

While more detectives will surveil neighborhoods thought to be rampant with gangs, Manger said efforts will also be increased behind the scenes. The police department’s gang unit will add analysts to review information with the goal of advancing criminal investigations.

The gang division in the Montgomery County State’s Attorney’s Office is getting more personnel with an eye toward going after gang leaders.

McCarthy said the number of gang homicides in the county went from 0 in 2011 to as many as 18 in the past two years.

Additionally, police have renewed their memorandum of understanding with the county public school system governing the work of school resource officers. The school officers will heighten their gang awareness activities with an eye toward sharing information with police.

The schools are also promising to increase outreach and prevention programs to reach students who may be targeted for gang membership. 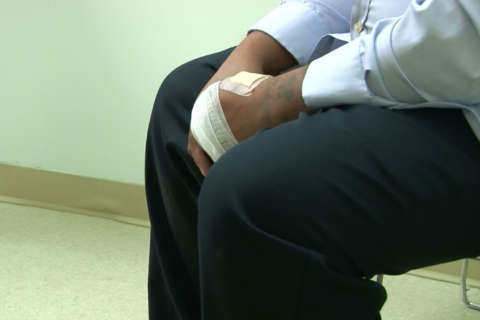