“We’re awaiting orders from FEMA. We have people beginning the check-in process and prepping to relocate to Dover Air Force Base for eventual deployment,” said Pete Piringer of the Montgomery County Fire and Rescue Service on Wednesday.

FEMA’s Maryland Task Force 1 team will include 30 or 40 people and a couple tractor-trailers of equipment and supplies, Piringer said.

Virginia Task Force 1 team members have been in the Caribbean since Sept. 6, initially deployed to help victims of Hurricane Irma, mostly on the U.S. Virgin Islands. The Irma activation included some VATF1 team members who had been in Texas for Hurricane Harvey.

“The real vulnerability is away from the city center, for those impacted populations that don’t have the benefit of reinforced concrete structures, hurricane-proof housing, stuff like that,” Ryan said.

Before the latest hurricane hit, Ryan said task force engineers looked for weak spots they might need to return to after Hurricane Maria’s departure. They did assessments of key infrastructure such as bridges, dams and hospitals. 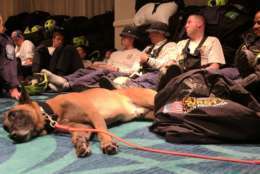 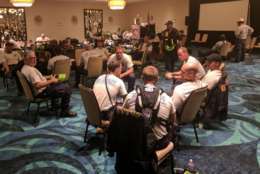 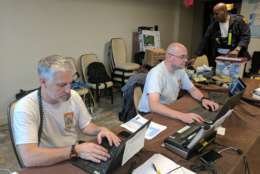 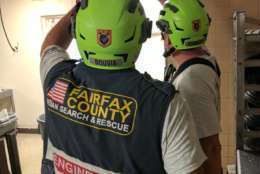 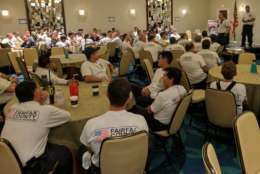 The next assignment will be search-and-rescue missions.

A typical FEMA deployment lasts 14 days because of the intensity of work conditions. Ryan said it’s hard to predict how much longer VATF1 will remain, but its mission could be extended another 14 days.