ROCKVILLE, Md. — Montgomery County Council members were unanimous in their opposition to any plans to study a possible Potomac River crossing north of the American Legion Bridge.

Tuesday’s vote on a resolution amounts to a statement by the nine council members, but it is not tied to any legislation and is not legally binding.

Councilmember Craig Rice, who previously served in the Maryland House of Delegates, said his position has not changed since coming to the council,

“There is not any benefit for the upcounty for having a second Potomac River crossing,” Rice said.

Mark Elrich, an at-large council member running for county executive, said building a new bridge would not be a “game changer” and agreed with Rice that a new crossing would do little for Maryland.

“It would be a bridge that would wind up being built by Maryland, and the most immediate beneficiaries would not be in Maryland, they would be in Virginia,” Elrich said.

“That’s a real solution, that’s something that can happen,” Berliner said.

The vote by the Montgomery County Council comes the day before the Transportation Planning Board at the Metropolitan Washington Council of Governments examines a list of proposed projects for study, including what is often referred to as a second Potomac River crossing.

The proposed project would include extending Route 28 in Virginia to the portion of the Intercounty County Connector that is in Montgomery County.

Supporters of a new bridge at the Suburban Maryland Transportation Alliance argue that a new bridge is badly needed to alleviate congestion in the region. 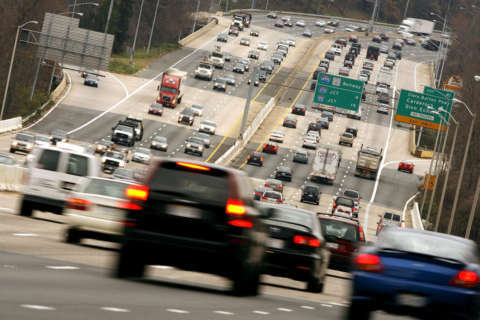