It was the last day of school in Montgomery County for the students as well as Melvin Fizzelle, who has been transporting students to and from school for two decades.
Listen now to WTOP News WTOP.com | Alexa | Google Home | WTOP App | 103.5 FM
(1/7) 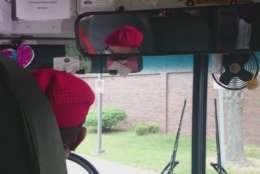 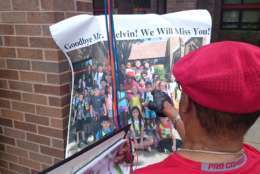 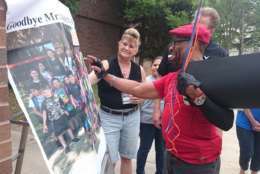 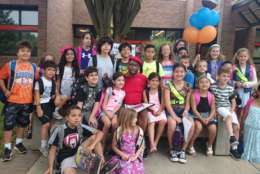 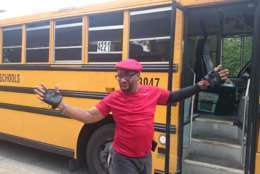 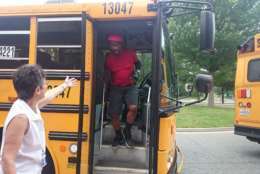 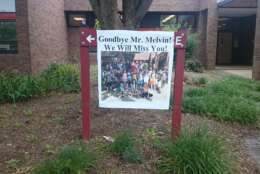 DERWOOD, Md. — Friday was the last day of school not only for Montgomery County public school students but for one of its beloved school bus drivers.

Melvin Fizzelle has been transporting Montgomery County students to and from school for two decades.

Mr. Melvin, as his students called him, earned quite the reputation with his colleagues, students and parents.

“He knows every child by name, greets them by name,” parent Andrea Dumas told WTOP. “On Mother’s Day, he gets off the bus and gives each mother a rose — nannies also.  He gives the kids candy on Friday, Popsicles when it is hot. He loves his job; he loves every kid.”

When Fizzelle arrived at Sequoyah Elementary School in Derwood for his final morning run, he was greeted by parents, teachers and students who all wanted to wish him well in his retirement.

He got off the bus to give hugs to everyone.

Aside from making sure students got to school safely, Fizzelle maintained a simple work philosophy.

“Remember one thing: You were once a kid yourself,” Fizzelle remembered telling other bus drivers throughout his career. “You know how it is. Just treat them the way you’d want to treat them and love them. That’s all.”

He also says he treat the kids as if they were like his three daughters, 10 grandchildren and two great-grandchildren.

One of the biggest things he plans to enjoy in retirement is not waking up before 4:30 a.m. any more. But he isn’t going anywhere.

“I’ll still be here,” he told the crowd. “I’ll be riding through the neighborhood, gang. So be on your best behavior! I won’t be in a yellow bus, but I’ll be watching!”