A man who abused puppies in Silver Spring receives six months in jail, and one puppy's owner tells the courtroom how both dogs were reunited and are thriving.
Listen now to WTOP News WTOP.com | Alexa | Google Home | WTOP App | 103.5 FM

Editor’s note: Some details in this story might be too disturbing for some readers. 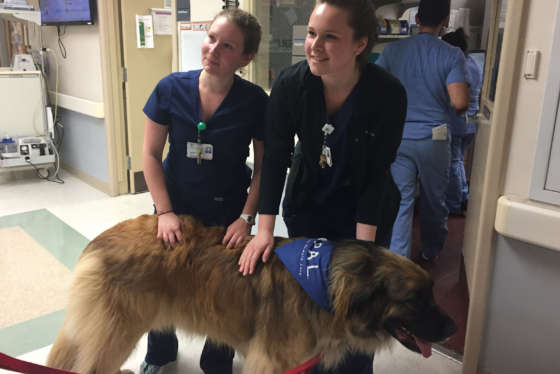 What do hardworking nurses want during National Nurses Week? MedStar Washington Hospital Center found the answer at the end of a leash.

James Edward Jones, 31, was sentenced to six months in jail for strangling two 6-week-old puppies on a street in Silver Spring, Maryland.

As for the puppies, they have since recovered and, years later, are thriving in their new forever homes.

Police dashcam video shows what witnesses saw that night in 2015, when a Montgomery County man appeared to strangle these puppies.

As the police cruiser speeds to the scene and stops, the camera shows the puppies, one black and one tan, hanging limp and lifeless from the hands of a man who later told a judge he had smoked marijuana and was so high that he didn’t know what he was doing.

As police struggle with the man, he holds tight, flinging the tiny pups wildly. Finally, he drops the tan dog, and a passer-by scoops it up to cradle it. The black puppy is freed, and police officers cluster around to check for signs of life.

Jones, a Wheaton resident, told Judge Gary Bair at his sentencing Wednesday that he had no memory of the incident, that he had been smoking marijuana and that he wasn’t aware of what he was doing.

“I would never do anything like that in a sober state of mind,” he told the judge.

Jones, who said he’d been attending treatment programs while in jail on a gun possession charge in a separate D.C. case, told the judge, “I’m not the man I used to be.”

But the judge sentenced Jones to six months in jail — what prosecutors had requested.

After seeing the video of that night played in the courtroom, Sarah Martinez was asked to speak.

She tearfully explained that her husband was one of the responding officers and told the court that as a police officer, her husband usually kept the details of the roughest cases to himself. But this one disturbed him.

They then decided, Martinez said, to see how the puppies were doing at the emergency clinic where they had been taken.

Speaking to reporters after the sentencing on Wednesday, Martinez recalled her first meeting with the tan pup. “It was a sad sight,” she said — the puppy had suffered lung damage and was in an oxygen chamber.

“He was crying, but nobody could get their hands on him because he was in the oxygen chamber. So we could just stick our hands through the hole,” in order to pet and comfort him.

Smiling as she recalled how affectionate and trusting the puppy remained, she told reporters that “from that moment, my dog, Chance, just stole my heart, and I knew he had to be ours.”

Much later, when Martinez was at a dog park letting Chance romp and play, a woman approached her. “She wanted to know what kind of dog Chance was, because he looked similar to her daughter’s dog. When we got to talking, we found out that they were in fact siblings, and Mia is her name.”

Since that day, Martinez and Mia’s owner have been in contact. “We’ve become friends by fate,” Martinez said, and Chance and Mia have become buddies, having regular play dates at the local dog park.

“Dogs are such selfless animals, and they love with all their being. He’s very much a part of our family,” Martinez said.

“The dogs have now been reunited, and the man who’s been responsible for this is very, very appropriately in jail. And that’s where he belongs.” 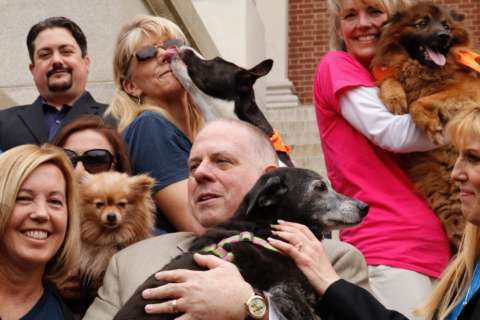 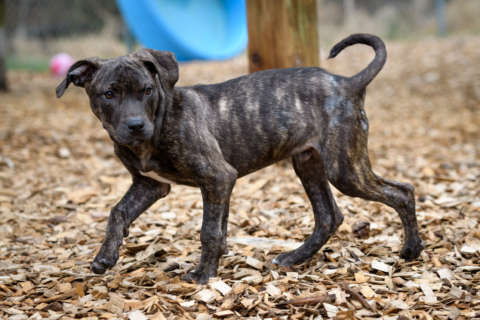 Puppy abandoned in container gets new home: ‘We didn’t think that he would survive’ 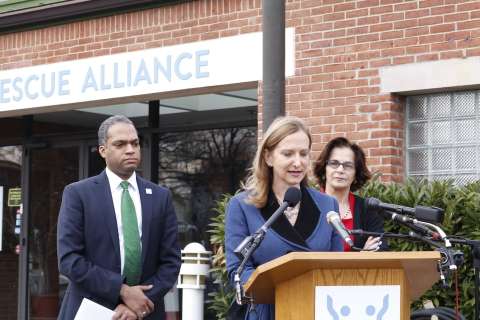