In a memo sent to Montgomery County Council President Roger Berliner he would “reluctantly veto” the bill and return it to the council to work on a “more reasonable path to moving the County to a $15 wage.”

In the memo, Leggett said he supports the effort to move toward a $15 minimum wage “over an appropriate timeframe.”

Berliner is among four council members — including Nancy Floreen, Sidney Katz and Craig Rice — who voted against the measure.

Berliner said Montgomery County is different from other jurisdictions that have enacted a $15 minimum wage.

At the same time, refusing to make the jump to a $15 minimum doesn’t mean the county won’t OK more incremental increases, Berliner said. “It isn’t about saying ‘no,'” he said. “It is about finding a better balance that minimizes the damages that can — and will be felt — by our small business community. Nobody can deny that is real.”

A coalition of labor and progressive groups issued a statement Monday night saying in part that “Working families who fear life under the Trump presidency need not wait for the White House to make their lives harder – their own local leaders have already started. By vetoing the $15 minimum wage, which enjoys overwhelming public support, Montgomery County Executive Ike Leggett has chosen to yank back a critical lifeline and leave working families only a payday away from poverty.”

In order to withstand a veto by the county executive, the council would have had to pass the bill by a vote of 6-3; the vote was 5-4. 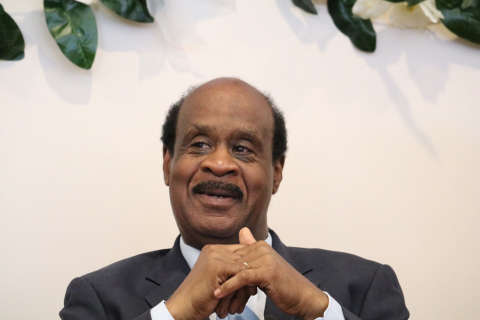