A banner advertising the church's Spanish-language service was slashed, and the words "Trump nation. Whites only" were written on the back.
Listen now to WTOP News WTOP.com | Alexa | Google Home | WTOP App | 103.5 FM
(1/5) 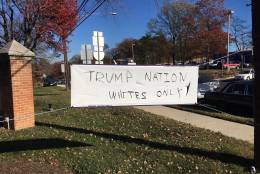 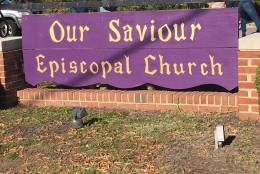 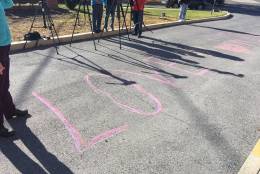 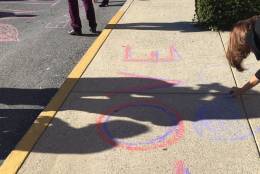 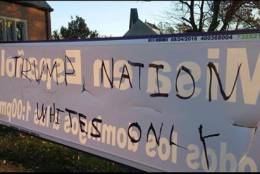 SILVER SPRING, Md. (AP) — Diocesan officials say an Episcopal church in a heavily Latino suburb of Washington has been vandalized with a racist message that mentions President-elect Donald Trump.

Jim Naughton, a spokesman for Bishop Mariann Edgar Budde of the Episcopal Diocese of Washington, said the vandalism occurred Saturday night at the Episcopal Church of Our Saviour in Silver Spring, Maryland. He said a banner advertising the church’s Spanish-language service was slashed, and the words “Trump nation. Whites only” were written on the back.

Naughton said the same phrase was written on a brick wall in the memorial garden of the parish.
The bishop visited the parish Sunday afternoon to stand in solidarity with the rector of the church, parishioners, lay leaders and interfaith supporters.

In a statement following worship services at the church, Budde condemned the vandalism as hate speech and an act of violence.

While she said she believed most people in the nation want “peace and unity,” she specifically called on President-elect Donald Trump and those who voted for him “to separate themselves from acts of violence and hate that are being perpetrated in his name.”

“I also want to plead with our young people who are hurting now and all those who are hurting now: If you protest, protest with confidence and love, but do not stoop to this kind of violence,” she said as she ended her statement. “We are better than this as a country, and we will overcome hatred with love, with peace and with justice.”

Montgomery County Council Councilman Tom Hucker was on hand to support residents of the county’s District 5.

“You have to counter bad messages with good message,” Hucker said. “We need to make sure if anyone feels threatened or harassed or hears that of their neighbors, sometimes their neighbors don’t have the courage to come forward. People need to call that into the police and call that directly into the county council, if they want to, as well.”