ROCKVILLE, Md. — Montgomery County elected officials and Democratic Rep. Chris Van Hollen want more of a say on what happens in the skies above their constituents’ homes.

“The noise of the constant overflight of aircraft is intolerable,” the officials wrote in an Oct. 14 letter to the head of the Federal Aviation Administration

The impact of 2015 changes that took place as a part of what the FAA calls “NextGen” flight procedures has been “disastrous,” the letter stated, and the introduction of a new phase of flight patterns as part of the FAA’s Lazir-B program could make the already intolerable noise even worse.

Berliner’s office said the residents of the Sumner and Brookmont communities are especially feeling the impact of the NextGen changes.

The flight pattern into Reagan National Airport over Montgomery and Arlington counties has changed, becoming more narrow and concentrated.

A Washington Metropolitan Airports Authority official said the areas affected by the change in the flight pattern are “getting hammered” with noise and the frequency of flights.

What bothers area leaders as much as the impact on their communities is the sense that their input doesn’t carry the weight with the FAA that local leaders believe it should.

In the letter, the local officials state that the county will look for other ways to make its wishes known, “whether through the DCA Working Group or through some other regional body.” If that’s not possible, “then a new partnership with Washington, D.C. and Northern Virginia elected officials, government staff and community representatives will be sought.” 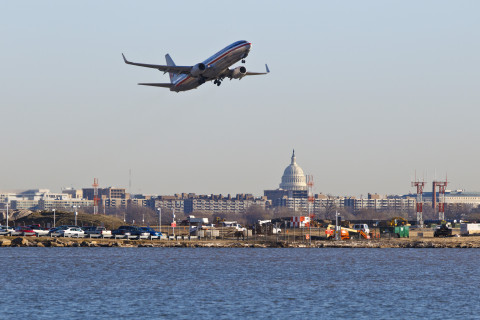