The mother of two young children killed during an exorcism pleaded guilty to their murders and attempting to kill her two other children.
Listen now to WTOP News WTOP.com | Alexa | Google Home | WTOP App | 103.5 FM

ROCKVILLE, Md. — A Germantown mother has pleaded guilty to killing two of her children and stabbing her two older children during an exorcism in 2014.

Avery and housemate Monifa Sanford told investigators that they believed evil spirits had moved between the bodies of the children, ages 1 and 2, and that an exorcism was needed to drive out the demons.

Psychiatrist Neil Blumberg, testifying for the defense, said Avery was not criminally responsible for her actions at the time.

If Judge Terrence McGann agrees, Avery could be sent to a psychiatric hospital. But if she’s found to be sane, she could face four consecutive life sentences.

Prosecutor Peter Feeney read an 18-page description of the horrific attacks on Avery’s children that caused some of her family members to cry, gasp and leave the courtroom.

Avery’s youngest child, 1-year-old Norell, was stabbed more than 20 times by his mother, while Sanford spoke in tongues and “laid hands” on the boy.

Her daughter Zyana, 2, was choked and stabbed to death, although it is unclear which woman stabbed her.

Two older children — 8-year-old son, Martello, and 5-year-old daughter, Taniya — begged their mother to stop, before each was stabbed in the chest.

As her son yelled to his mother, she told the boy, “These are the sort of demons that can get inside of you.”

Martello and Taniya survived the attacks.

After the intended exorcism, the women cleaned up the scene and “prepared the children to see God,” according to prosecutors.

After accepting Avery’s guilty pleas, the judge heard testimony from a childhood friend of Avery’s, who recalled her speaking to herself and hearing voices.

Avery’s mother testified that she had her daughter involuntarily committed to an institution when she was “manic and suicidal.”

Sanford was found not criminally responsible — the Maryland equivalent of an insanity defense — and has been committed to the Clifton T. Perkins Hospital for an undetermined period of time. 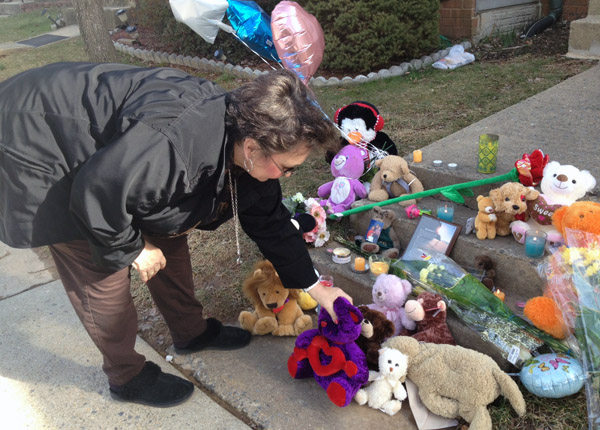 Social Services: No history with mother charged in exorcism deaths