Pilot errors are what caused a jet to crash into a Gaithersburg home, killing the mother and her two young children inside, a report from the National Transportation Safety Board found Tuesday.
Listen now to WTOP News WTOP.com | Alexa | Google Home | WTOP App | 103.5 FM
(1/11) 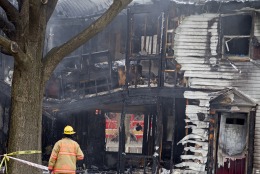 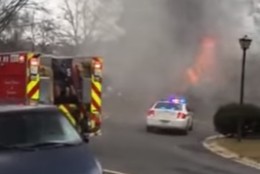 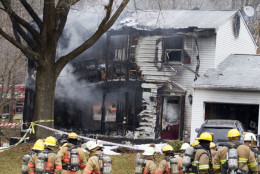 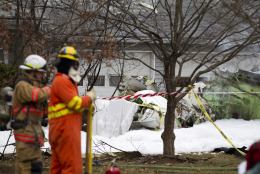 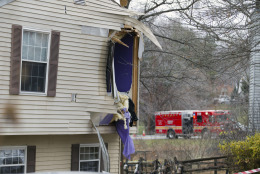 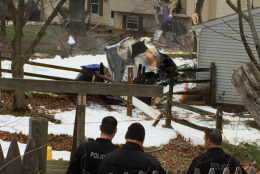 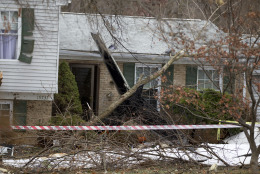 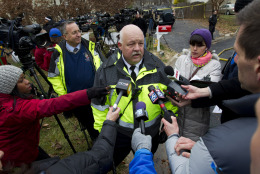 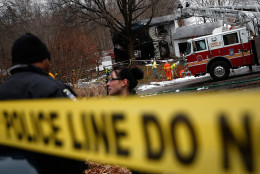 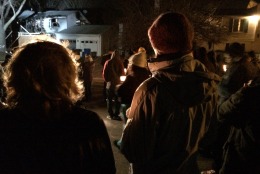 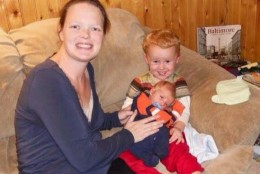 WASHINGTON – Pilot errors caused a jet to crash into a Gaithersburg home more than a year ago, killing the mother and her two young children inside, a report from the National Transportation Safety Board found Tuesday.

In December 2014, a plane stalled during an approach to Montgomery County Airpark and crashed into the home of the Gemmell family. Marie Gemmell, 36, died as she tried to protect her children Cole, 3, and 1-month-old Devin from the smoke and fire when the plane struck their home. The two children also died.

The family’s father Ken Gemmell and an older daughter, Arabelle, were not home during the crash.

The pilot, Dr. Michael Rosenberg, 66, and two others on the plane, David Hartman, 52, and Chijioke Ogbuka, 31, also were killed in the crash. Rosenberg was founder and CEO of Health Decisions, a clinical research organization in Durham, North Carolina.

The plane had flown from Horace Williams Airport in Chapel Hill, North Carolina and was supposed to land at Montgomery County Airpark.

According to the NTSB report, Rosenberg failed to turn on crucial deicing equipment and skipped pre-flight checks, which led to the deadly jet crash.

The NTSB issued three recommendations Tuesday: Two focused on developing automated alerts for pilots of small jets to remind them that deicing equipment should be activated, and a third focused on training.

“Lives depend on pilots’ actions,” NTSB Chairman Christopher Hart said. “Our own lives, the lives of our passengers, and the lives of people on the ground.”

There were signs the Rosenberg was rushing before takeoff and that he did not take enough time to do full pre-flight checks.

According to NTSB investigators, pilot miscalculations, the wrong flap settings, and the failure to activate deicing systems caused the plane travel more than 30 knots slower than it should have been.

By the time automated stall warnings sounded, it was too late.

Robert Sumwalt, a member of the NTSB, said that Rosenberg had been involved in a prior  incident in March 2010 and said that in 2011 the pilot had violated temporary flight restrictions in restricted airspace. Sumwalt did not provide further details about the incidents during a hearing Tuesday.

Rosenberg had piloted a plane that crashed in Gaithersburg on March 1, 2010, WTOP has reported.

Investigators said the airpark was not to blame for the crash but said air traffic controllers should have communicated two reports of icing in the area to pilots prior to the crash. 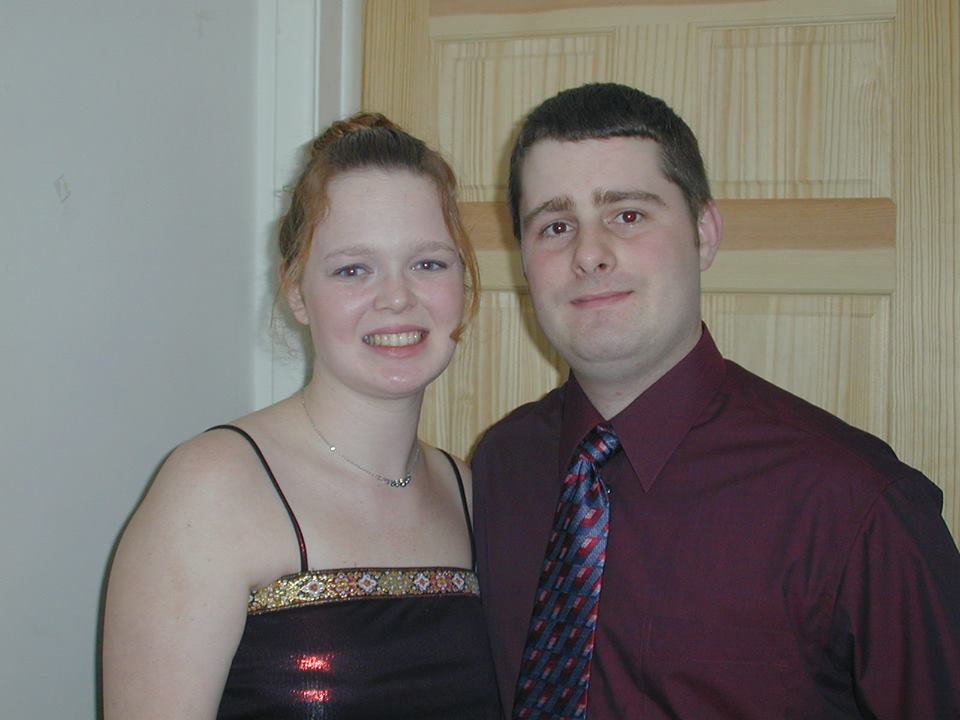