The county school system has been contacted by lawyers in California asking how artificial fields installed at three schools in 2009 and 2010 are holding up.

“What you’re looking at is fibers that break, fibers that split, fibers that lay down and won’t get back up, so that you have a slick smooth surface” instead of a field with fibers that stand up like real grass, Lindborg says.

Further, Lindborg says, because of the splitting of the fibers, after a rain “you will have clumps of busted artificial turf looking like [mowed] grass on the edge of the field. Artificial turf doesn’t grow back, last time I checked.”

The product at the heart of the lawsuit is a turf field that features “Duraspline” also sold as “Prestige” or “Evolution.”

“FieldTurf is well aware of the issue with some earlier generation TenCate Duraspine fibers. We no longer use these fibers, have worked closely with our customers to resolve this issue when it has arisen and have always been dedicated to honoring our warranties and remediating any affected fields where appropriate,” Darren Gill, Vice President of Marketing, Innovation and Customer Service for FieldTurf, told WTOP in an emailed statement.

Last week, Lindborg and Mazor sent a letter to Montgomery County’s Department of Facilities Management asking about fields that were purchased between 2006 and 2012.

WTOP contacted MCPS officials to ask about the condition of the fields and whether the school system has had problems with the fields. MCPS responded by saying the staffers who are familiar with the issue are out this week. The school system is on spring break.

Recently, six Montgomery County council members expressed concern about a separate issue on turf fields: whether they contained lead, and if so, whether that could pose hazards to kids playing on those fields. 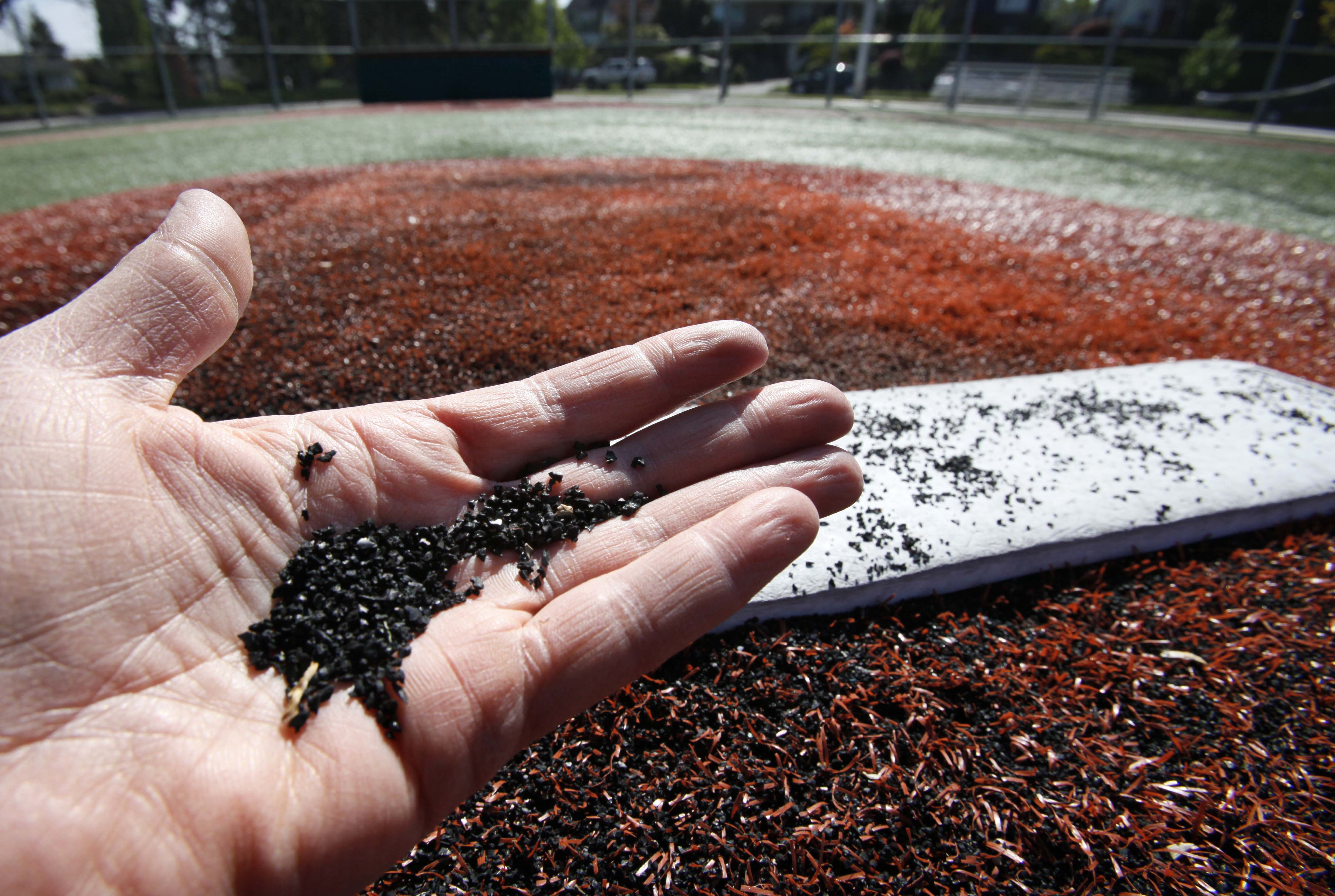 Is there lead in Montgomery County’s artificial turf fields?