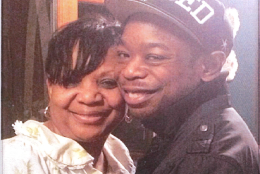 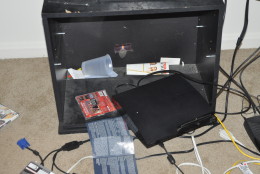 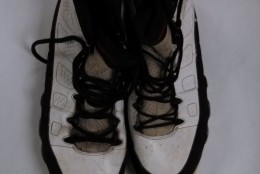 ROCKVILLE, Md — On Monday night, a jury found a man guilty of murder and robbery charges in connection with the 2014 murder of a two-time kidney transplant survivor.

On Dec. 6, 2014, Jonathan Harris, 26, was found strangled during a robbery in the Silver Spring home he shared with his mother.

“It’s been the most painful that I have experienced in my entire life,” said Patricia Harris, Jonathan’s mother. “But I draw strength in knowing that my son would want me to persevere.”

From the day he was born, Jonathan fought for his life to overcome serious health problems. When he lost kidney function at the age of 12, his older brother Lloyd donated one of his in 2002.

“I feel like it’s what I was supposed to do,” Lloyd Harris said. “That’s what we do. That’s just how we are. That’s how we are.”

Jonathan’s body rejected the kidney so he ended up on an organ exchange program that was featured on the “Today” show with more than two dozen patients.

In 2010, there was a match. He received another donated kidney and also survived open-heart surgery.

He had a new lease on life and a budding music career. “My son was a rapper. And a writer. And an artist. He was just gifted,” says Patricia.

An autopsy determined Harris was strangled and beaten.

Detectives say Parker was Harris’s ex-girlfriend and had threatened him in the past.

When police executed a search warrant on Sobotker’s home, they found a pair of shoes with blood on them, later confirmed to be that of Jonathan Harris.

The suspects were all initially arrested on murder and robbery charges but in exchange for dropping the most serious offenses, Morgan pleaded guilty to robbery after the fact and agreed to testify against Sobotker and Parker.

Sobotker will be sentenced May 18, 2016.  He could spend the rest of his life behind bars.

Morgan will be sentenced Friday and faces a maximum of five years in prison.

“They took the person that I loved the most in this entire world. The person that inspires me to live everyday like it’s my last because that’s how he lived his life,” says Lloyd Harris.