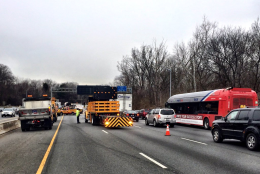 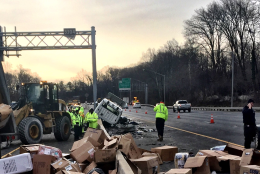 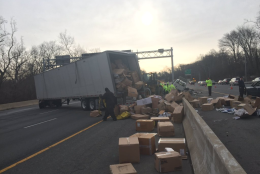 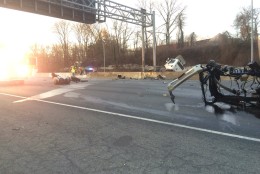 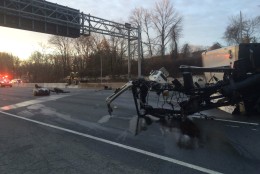 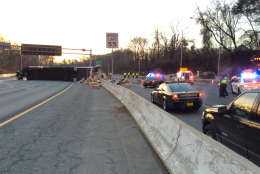 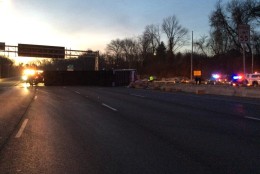 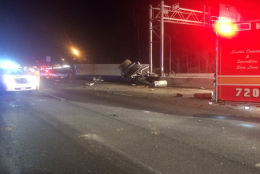 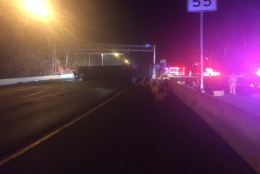 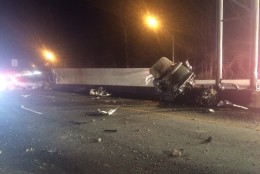 WASHINGTON — A truck driver died in a crash on the Capital Beltway that spilled fuel and debris on the roadway and shut it down in both directions for hours Friday morning.

A tractor-trailer truck crashed through a median and overturned between Connecticut Avenue and Route 355 before 5 a.m. and shut down the entire road. All lanes reopened nearly six hours later.

The driver was killed in the crash. Police identified the driver as 47-year-old Dennis Frampton from Halethorpe, Maryland.

The Inner Loop was fully reopened just before 10 a.m. and the Outer Loop reopened at 10:30 a.m. Drivers experienced heavy residual delays through the morning rush.

In the crash, the cab detached from the frame of the truck and crashed through the median wall causing Frampton to be ejected from the cab, says Montgomery County Fire and Rescue spokesman Pete Piringer.

Frampton was taken to a trauma center with life-threatening injuries and died there, the Maryland State Police say.

Cargo spilled on both sides of the road in the crash, but Piringer says the cargo is not hazardous.

Dave Dildine, in the WTOP Traffic Center, has reported that the Beltway between Georgia Avenue and Route 355 is one of the most crash-prone stretches of road in the region, averaging 260 crashes per year between 2008 and 2013.

Not surprisingly, delays fanned outward from the wreck. At about 8:30, WTOP’s Rich Johnson reported from Connecticut Avenue in Kensington that he had moved about three car lengths in three red-green light cycles. 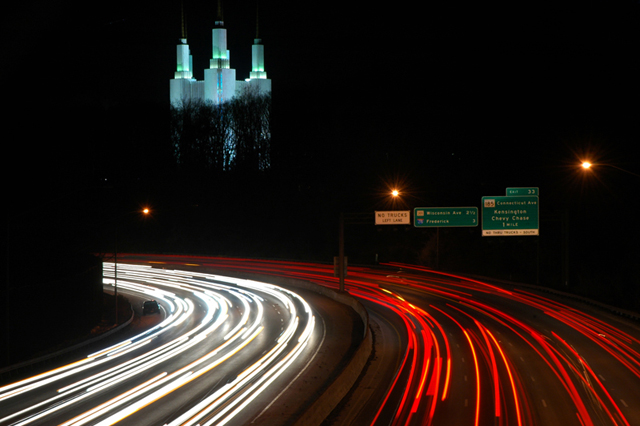 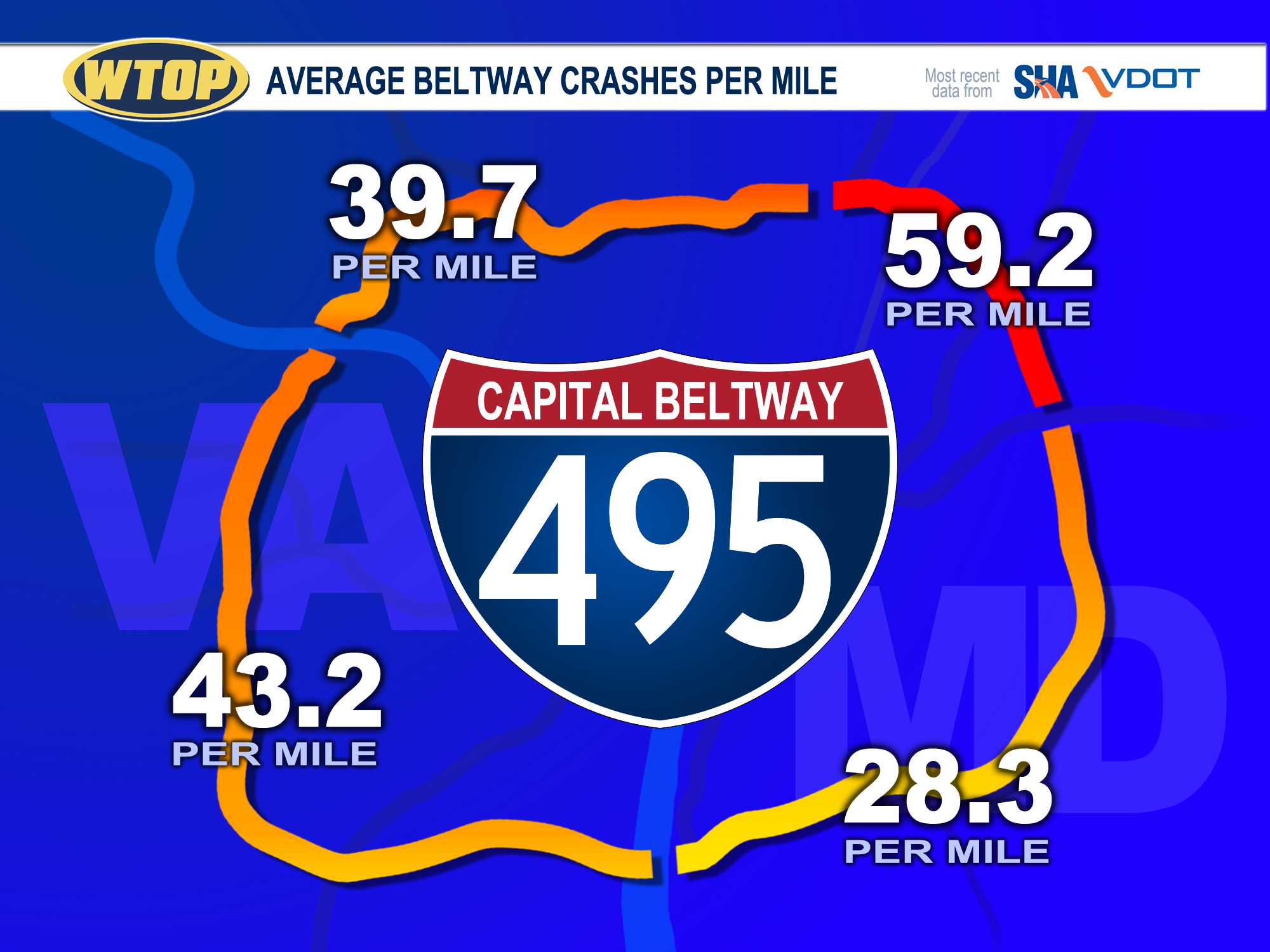