“Much of what the president proposed today, I think, is a great step in the right direction,” Manger says, “we’ve got to reduce the number of homicides in our cities and towns. ”

Manger is in favor of expanding background checks. “There are too many guns that are sold out of the trunk of a car to a person who would not be able to pass a background check,” Manger says.

While the president’s plan would require federally licensed gun dealers to report to police a lost or stolen gun, Manger believes the requirement should go one step further.

The president’s plan also includes a request that Congress provide $500 million to expand access to mental health care — which Manger says is a good start. Many jurisdictions, including Montgomery County have a shortage of psychiatric care hospital beds.

“The Montgomery County Jail is the largest mental health facility in this county and it shouldn’t be that way, but it is,” Manger says, “any investment in community mental health, I think, is going to make our community safer.”

The president also wants changes to the nation’s patient privacy laws so that more names of those who are mentally unfit to own guns can be placed in the National Criminal Background Check System.

“We need to strengthen the process and the system that will allow us to identify those folks that have mental illness to the degree that they should not be allowed to buy or possess a firearm,” Manger says.

Chief Manger says the president’s plan would put the nation in the right direction to keep communities safer. 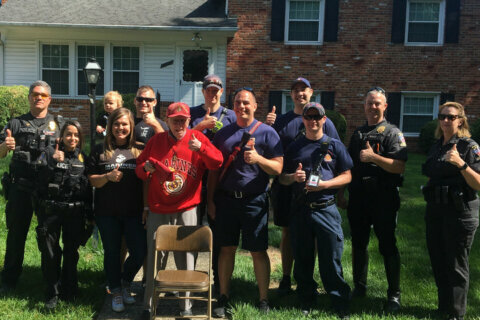