Philadelphia slugger Bryce Harper could return to the lineup for the finale of a two-game series at Texas after an infected blister on his left index finger sidelined him for two games last weekend at Washington.

Phillies interim manager Rob Thomson said the infection had improved enough for Harper to be available off the bench in the opener against the Rangers.

A six-time All-Star and this year’s leader in voting for National League DH, Harper entered Tuesday hitting a team-best .326, and his OPS (1.013) was second in the NL to St. Louis’ Paul Goldschmidt.

“When guys DH, they tend to take a lot more swings,” Thomson said. “I just want to make sure we weren’t going to irritate it.”

Shohei Ohtani tries to win three straight starts for the first time this season when the Los Angeles Angels host the Royals.

Ohtani has allowed two runs or fewer in eight of 11 starts. His only previous outing against the Royals was on June 6, 2018, when he gave up one run over four innings.

The two-way star had a huge game at the plate Tuesday night, hitting two three-run homers and driving in a career-high eight runs. Still, the Royals hung on for a 12-11 victory in 11 innings.

Ohtani crushed a 423-foot homer in the sixth and a tying, 438-foot shot in the ninth, giving him the biggest RBI game of his five-year stateside career. The AL MVP then set the single-game major league record for RBIs by a Japanese-born player with a sacrifice fly in the 11th.

Left-hander Daniel Lynch (3-6, 5.19) will be on the mound for Kansas City. He was 0-5 in his previous eight starts before winning at Oakland on Friday, when he gave up one run in five innings.

The top two teams in the AL Central square off again when José Ramírez and the surging Cleveland Guardians visit Byron Buxton, Carlos Correa and the Minnesota Twins.

Triston McKenzie (4-5, 2.96 ERA) pitches for the Guardians against Sonny Gray (3-1, 2.09) in the middle game of the series. Gray threw five shutout innings last Wednesday at Seattle, his first appearance since going on the injured list June 2 with a strained pectoral muscle.

Tyler Anderson (8-0, 2.82 ERA) tries to follow up a sensational start in a breakthrough season when he pitches for the Los Angeles Dodgers at Cincinnati against Luis Castillo (2-4, 3.33) and the struggling Reds.

With his fifth team in seven major league seasons, Anderson nearly threw a no-hitter last Wednesday night. He shut down the Los Angeles Angels until Shohei Ohtani tripled with one out in the ninth inning for their first hit. The 32-year-old lefty was lifted after 123 pitches. His previous career high was 109 in 2018 with Colorado.

The Cardinals hope to have star first baseman Paul Goldschmidt back in the lineup soon after he missed a start because of back tightness.

Goldschmidt didn’t start Tuesday night at Milwaukee. The top two teams in the NL Central have two more games left in the series.

“He’ll experience it from time to time,” St. Louis manager Oliver Marmol said. “Usually he takes a day, it loosens up, he’ll get treatment and be back at it. That’s our hope.” 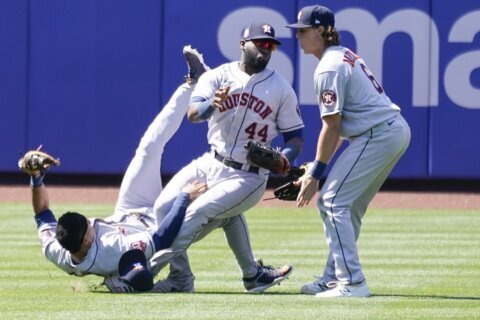 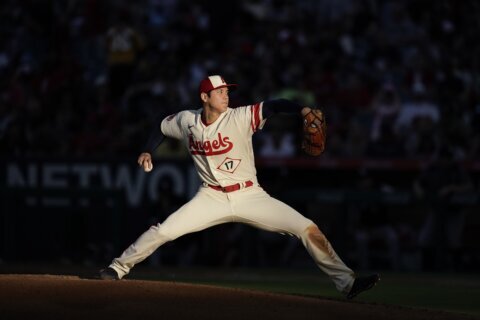