Meadows’ home run with two outs in the eighth provided all the scoring, Glasnow breezed through six shutout innings and the reigning AL champion Tampa Bay Rays started their season with a 1-0 win over the Miami Marlins on Thursday.

Meadows — who hit 33 homers for the Rays two years ago, then only four in 36 games last season — connected off Miami reliever Yimi Garcia (0-1) on a drive that cleared the 387-foot sign in right-center with ease.

“Super happy for Meadows,” Glasnow said. “It was an awesome day for him.”

Ryan Thompson (1-0), the second of four Rays pitchers, worked the seventh for the win. Diego Castillo pitched a perfect ninth for the save.

Jesus Aguilar had two of Miami’s three hits. Aguilar sent a fly ball to the left-field warning track with one out in the ninth, but that was as close as the Marlins got to scoring.

“I do believe that these guys think they’re good, and I think they think they can compete with anyone out there if we play right and our guys throw the ball the way they’re capable of,” Marlins manager Don Mattingly said. “We feel like we’re capable of beating anyone. And that’s a good thing. I like that belief.”

The starters — Glasnow and Miami’s Sandy Alcantara — were stellar in dueling six-inning performances.

Alcantara got into trouble only once, when a single, a walk and a hit by pitch loaded the bases with two outs in the first inning. He struck out Kevin Kiermaier on three pitches to escape, beginning a stretch in which he retired 16 of the final 18 batters he faced.

Alcantara walked two and struck out seven. It was the third time in Marlins history that an opening day starter went at least six innings and didn’t allow a run — Kevin Brown did it in 1997 and Josh Beckett in 2005.

Glasnow gave up an infield single to Aguilar with two outs in the first and nothing else. The tall right-hander faced only 19 batters and retired 18, the last 16 in a row, and finished with six strikeouts.

“He was outstanding,” Rays manager Kevin Cash said. “Really good. He had it all going. We talked about how he had a really solid spring training and it’s nice when it all comes together. Being opening day, it gets magnified that much more. … Looked the part. Looked like an opening day starter. Looked like an ace.”

Alcantara was pulled after 83 pitches, Glasnow after 76.

Mattingly got vaccinated Thursday, he said, and most members of his coaching staff have been as well. Most Marlins players will begin that process in the coming days. 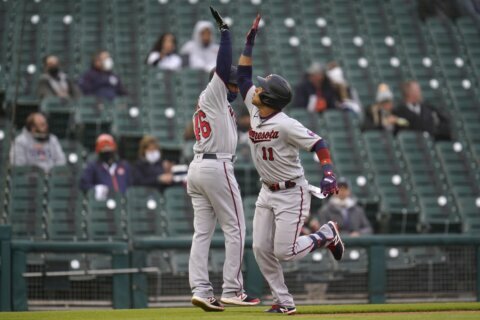 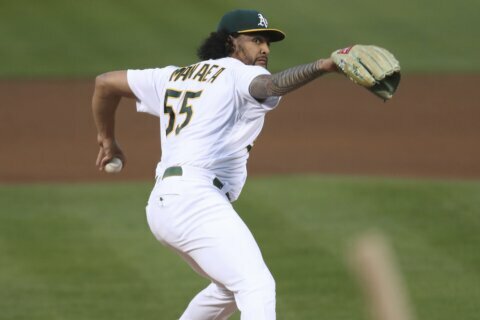 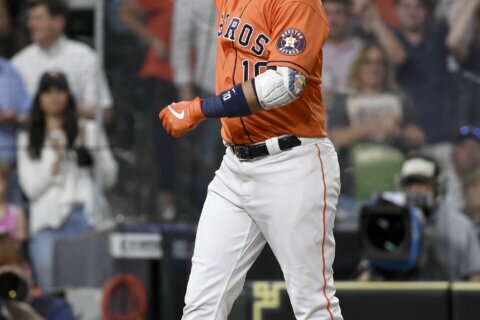