Reds’ India impresses in spring, could be ready for breakout

SCOTTSDALE, Ariz. (AP) — Cincinnati Reds infielder Jonathan India might be forcing his way onto the big league roster and even a starting spot in the infield thanks to an impressive spring performance.

The fifth overall pick in the 2018 draft out of Florida is showing why he was such a highly regarded prospect a few seasons ago. Through his first 17 spring games, he hit .333 with four doubles and two homers and is a candidate to start at second base.

The 24-year-old India had a slow start to his professional career, producing good but not great numbers during his first two minor league seasons. He spent all of 2020 at the team’s alternate training site during the shortened 60-game season and was never promoted to the big leagues.

“It says so much about the difference a year makes in a young player’s career,” Reds manager David Bell said last week. “Not that he wasn’t in a good place last year, but the development has been very significant over the past year.”

Here’s a look at a few others who are playing well in Grapefruit and Cactus League action:

Josh Rojas, 2B/SS/OF, Diamondbacks: The 26-year-old has 20 exhibition hits, including three doubles and three homers, to solidify his spot on the D-backs’ roster and possibly even earn a starting role at second base. Manager Torey Lovullo has also been impressed with how Rojas handles shortstop defensively, also allowing him to be a potential backup for starter Nick Ahmed.

Kenta Maeda, RHP, Twins: Maeda was one of the American League’s best pitchers last season, finishing second in the Cy Young Award voting after finishing with a 6-1 record and 2.70 ERA. He’s back at it this spring, giving up just one run in 14 1/3 innings during four exhibition starts.

Tyler O’Neill, OF, Cardinals: St. Louis hopes a handful of young outfielders can step forward, including O’Neill. The 25-year-old won a Gold Glove last year but struggled at the plate, batting just .173 with seven homers. He’s been much better this spring, batting .400 with three doubles and two homers.

Ty France, 3B/2B, Mariners: The 26-year-old split time with the Padres and Mariners last season after a midseason trade and hit over .300 with both teams. So far this spring, France is proving those numbers might be duplicated over a full 162-game season. He’s batting .385 with five homers in exhibition games and looks more and more like he’ll be a big part of the lineup.

Jake Arrieta, RHP, Cubs: The 35-year-old Arrieta wasn’t particularly good for the Phillies last season, finishing with a 5.08 ERA and just 32 striketous in 44 1/3 innings. But now he’s back with the Cubs — which is where he won the NL Cy Young Award in 2015 — and has had some success this spring. He’s got a 2.40 ERA through four spring starts.

Adam Wainwright, RHP, Cardinals: Wainwright will turn 40 years old this summer but has continued his late-career resurgence with a good spring. He was very good for St. Louis in 2020 with a 5-3 record and 3.15 ERA. The three-time All-Star has a 1.83 ERA in five exhibition starts and has struck out 20 batters in 19 1/3 innings. 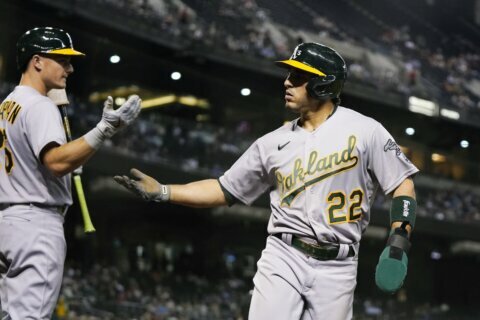 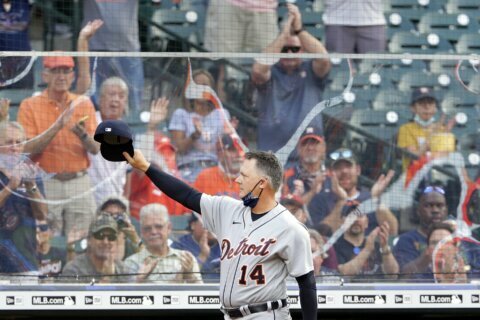 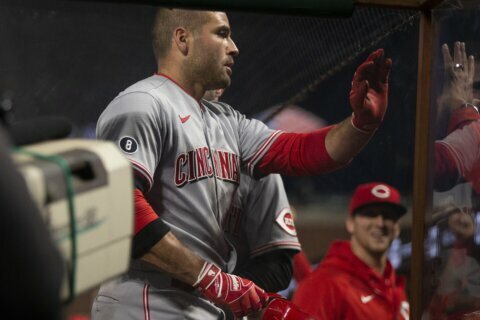