DENVER (AP) — Trevor Story’s priority list this season includes being a more vocal leader, taking his base stealing to another level, crushing early count fastballs and honing his footwork in the field.

Not near the top of the list: Fretting about his long-term future with the Colorado Rockies. That’s outside his base path.

The hard-swinging, smooth-fielding shortstop is in the last year of his deal and said he hasn’t engaged in talks with the Rockies. He brings star power to a franchise that recently traded its biggest name, eight-time Gold Glove winner Nolan Arenado, to St. Louis.

Story appears in line for a hefty payday, too, after San Diego and shortstop Fernando Tatis Jr. finalized a $340 million, 14-year contract.

“I’m focused on personally being the best teammate I can be,” Story said Tuesday as the Rockies began full-squad workouts in Scottsdale, Arizona. “I try not to look too far ahead.

“I’m trying to be where my feet are, which is right here in spring training with the Rockies.”

This version of the Rockies will certainly have a different look. In addition to Arenado’s departure, they’re without outfielder David Dahl (now with Texas) and versatile veteran Ian Desmond, who opted out for a second straight season.

“It’s a good vibe, though,” said Story, who’s scheduled to make around $18.5 million this season. “I feel like guys are excited to play ball. It opens up a lot of opportunities for some young guys. I think they’re ready to step into that challenge.”

It wasn’t too long ago that he was the one meeting that challenge. The season after the Rockies traded away disgruntled shortstop Troy Tulowitzki, Story stepped in and claimed the position (he hit six homers over his first four games). Story has blossomed into a two-time All-Star.

The 28-year-old is always looking for ways to take his game to an even higher plateau. This season, that includes improving his footwork at shortstop (he was none too pleased with a career-low .961 fielding percentage) and jumping on more fastballs (he’s already an aggressive hitter). He also has an eye on earning a membership in the 30-homer, 30-stolen base club, which he nearly achieved in 2018 (37 homers, 27 stolen bases) and ’19 (35, 23).

Recently, the MLB Network aired the “ Top 10 Players Right Now ” for each position and Story checked in at No. 1, ahead of Tatis, Boston’s Xander Bogaerts and Francisco Lindor of the New York Mets.

“It feels good,” Story said of the ranking. “But I’ve never been motivated by anything other than myself or my own thoughts. I really try to make it about myself and how I can improve my game each year.

“It’s a super-competitive, super-talented (list of) shortstops. I think we all push each other in one way or another, even if we know it or not.”

This will take some getting used to: Arenado not being on the left side of the infield with him. Arenado requested a trade after growing increasingly unhappy with the front office for not improving the roster with an eye toward catching perennial NL West-power the Los Angeles Dodgers.

As for how Arenado’s situation may impact Story’s eventual decision, he explained that it’s “separate.”

“Obviously, two different situations. I’m not here to just speak on what happened with Nolan or any type of things that went on with him and the front office or whatever it may be,” said Story, who hit .289 with 11 homers, 28 RBIs and 15 stolen bases last year in an abbreviated season due to the pandemic. “It’s a separate situation for sure. … We’ll see where it goes.”

After years of being mentored by the likes of Arenado, outfielder Charlie Blackmon and Desmond, Story’s looking to pay the knowledge forward anyway he can.

“That’s something that I’m going to embrace,” Story said. “I’m going to talk to the young guys and let them know that I’m here for them.”

He understands that in light of the Arenado trade, the Rockies are already being dismissed. They’re embracing the underdog role as they try to make it back to the playoffs after missing out the past two seasons.

“I feel like you count a group of competitors out like that at this level, at the major league level, you instantly put a chip on their shoulder,” Story said. “That’s kind of the attitude we’re coming in with.” 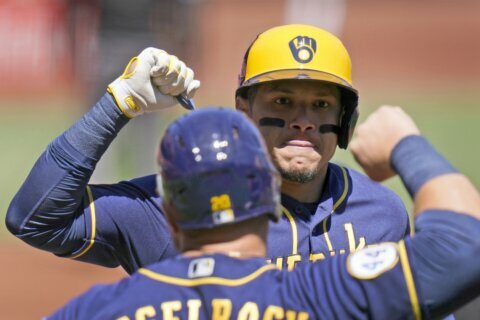 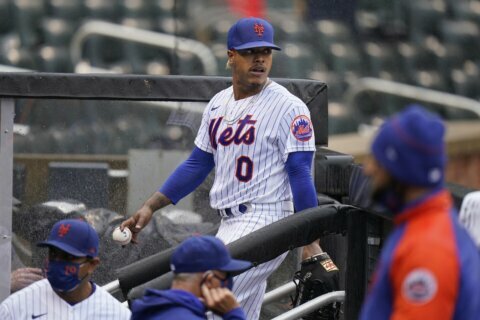 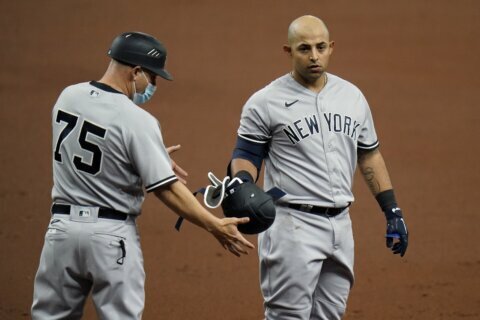