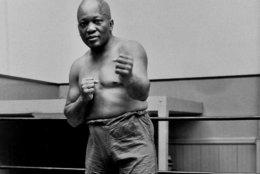 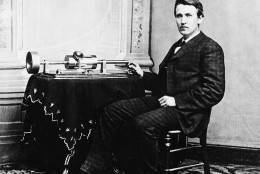 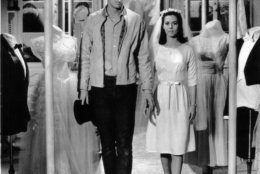 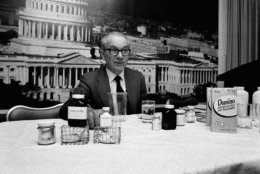 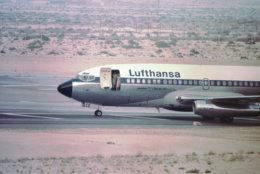 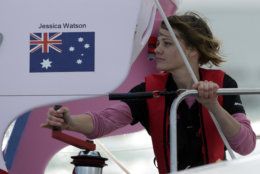 On Oct. 18, 1977, West German commandos stormed a hijacked Lufthansa jetliner on the ground in Mogadishu, Somalia, freeing all 86 hostages and killing three of the four hijackers.

In 1648, Boston shoemakers were authorized to form a guild to protect their interests; it’s the first American labor organization on record.

In 1892, the first long-distance telephone line between New York and Chicago was officially opened (it could only handle one call at a time).

In 1898, the American flag was raised in Puerto Rico shortly before Spain formally relinquished control of the island to the U-S.

In 1912, black boxer Jack Johnson was arrested in Chicago, accused of violating the Mann Act because of his relationship with his white girlfriend, Lucille Cameron. (The case collapsed when Cameron refused to cooperate, but Johnson was later re-arrested and convicted on the testimony of a former mistress, Belle Schreiber.)

In 1961, the movie musical “West Side Story,” starring Natalie Wood and Richard Beymer, premiered in New York, the film’s setting.

In 1962, James D. Watson, Francis Crick and Maurice Wilkins were honored with the Nobel Prize for Medicine and Physiology for determining the double-helix molecular structure of DNA.

In 1969, the federal government banned artificial sweeteners known as cyclamates (SY’-kluh-maytz) because of evidence they caused cancer in laboratory rats.

In 1984, actor Jon-Erik Hexum, 26, was taken off life support six days after shooting himself in the head with a pistol loaded with a blank cartridge on the set of his TV show “Cover Up.”

In 2001, CBS News announced that an employee in anchorman Dan Rather’s office had tested positive for skin anthrax. Four disciples of Osama bin Laden were sentenced in New York to life without parole for their roles in the deadly 1998 bombings of two U.S. embassies in Africa.

Ten years ago: A suicide bomber struck a meeting between Revolutionary Guard commanders and Shiite and Sunni tribal leaders in the Iranian border town of Pishin, killing 42 people, including 15 Guard members. Jessica Watson, a 16-year-old Australian, steered her bright pink yacht out of Sydney Harbor to start her bid to become the youngest person to sail solo and unassisted around the world. (She succeeded, returning to Sydney Harbor in May 2010.)

Five years ago: The Supreme Court said Texas could use its controversial new voter identification law for the November election, rejecting an emergency request from the Justice Department and civil rights groups to prohibit the state from requiring voters to produce certain forms of photo ID. (Three justices dissented.) The remains of missing University of Virginia student Hannah Graham, 18, were found near Charlottesville; a suspect, Jesse Leroy Matthew Jr., is charged with first-degree murder and abduction with intent to defile. Paul Craft, 76, a songwriter and member of the country Hall of Fame, died in Nashville.

One year ago: President Donald Trump threatened to close the U.S. border with Mexico if authorities could not stop a caravan of migrants making their way from Central America. Trump threatened “very severe” consequences if the Saudis were found to have murdered Saudi journalist Jamal Khashoggi (jah-MAHL’ khahr-SHOHK’-jee). LeBron James finished with 26 points and 12 rebounds, but the Los Angeles Lakers lost to the Portland Trail Blazers, 128-119, in James’ regular-season debut with the Lakers. The Boston Red Sox advanced to the World Series, beating the Houston Astros 4-1 to win the American League Championship Series in five games.